A week ago, with the launch of the Xbox Series X/S, a new generation of consoles began. Two days later, PlayStation 5 debuted in selected countries and Newzoo analytics group prepared an interesting report summarizing which games were most popular among the owners of the new hardware platforms within the first few days of purchase.

The analysis covered the period up to and including November 14. Thus, the following data refers to the first five days of availability for Xbox Series X/S and three for PS5. It is worth noting that the report describes how many users have played a game at least once. Therefore, it gives an idea of what the players were buying, and not necessarily what they played the longest.

The biggest hits on Xbox Series X/S in the USA: 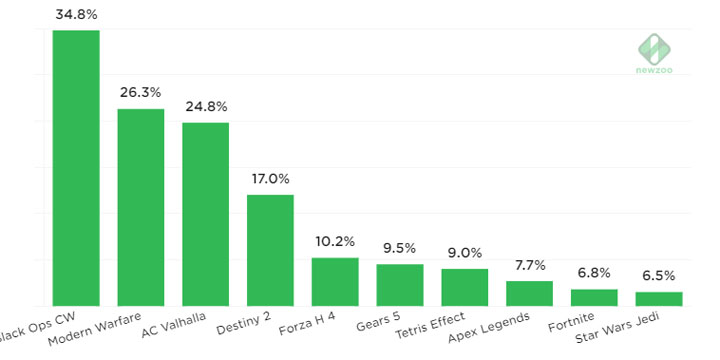 The biggest number of Xbox Series X/S owners, over 34%, played Call of Duty: Black Ops - Cold War, which is not a big surprise. What is more surprising is the fact that last year's installment, i.e. Call of Duty: Modern Warfare, took the second place. The game doesn't have a dedicated next-gen version, so people with Microsoftąs new platforms play it through backwards compatibility.

The biggest hits on PS5 in the USA: 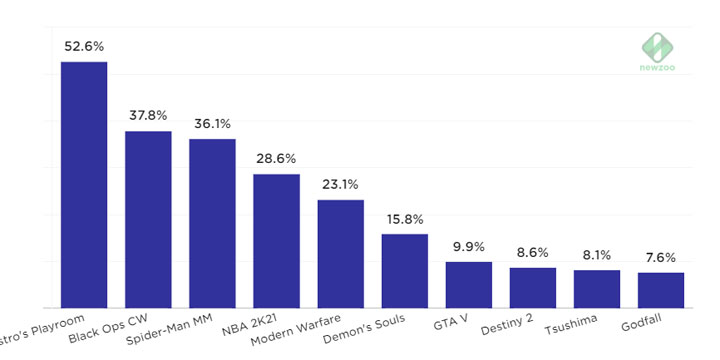 In the case of PS5 ,Astro's Playroom came first, with more than half the console owners playing it. This is also not a surprise. The game is pre-installed on every PlayStation 5 and is designed to demonstrate the capabilities of the DualSense pad.

For both consoles, it is important to note that players mainly buy games that are also available on older consoles and multi-platform titles. The only next-gen exclusive, in the form of Demon's Souls, appears in the list for PS5, but only in sixth place. Perhaps also Godfall would count, but this project has also appeared on PC. There are no exclusives on XSX/S at all.

Also worth mentioning are the results of Assassin's Creed: Valhalla. On Xbox Series X/S the game took third place with a result of 24.8%, while on PS5 only 6.5% of console owners played Ubisoft's latest game. It is clear that Sony's customers preferred to play in the open worlds of Spider-Man: Miles Morales, Grand Theft Auto V and Ghost of Tsushima.

In the case of Microsoft's platform, it should also be noted that as much as half of the top ten games are available in the Xbox Game Pass subscription. Recently, EA games from EA Play offer have been added to its catalogue. This is the main reason why Star Wars Jedi: Fallen Order has found its way to the top ten of the list.