Some time ago there was a rumor on the web suggesting that Xbox Series X may have problems with overheating. Some time has passed since those reports, and the editors of technology and gaming websites received copies of Microsoft's console and started the first tests. One of the issues being tested is the operating temperature of the platform, which - as it turns out - is surprisingly low. The device heats less than Xbox One X and PlayStation 4 Pro.

VentureBeat's editor Jeff Grubb checked out the Xbox Series X during a ten-minute game session in Hitman 2 (Mumbai level). Each of the tested platforms was turned on after 30 minutes in sleep mode. The temperature measuring device was not activated until the game was loaded, noting that the playing equipment was not opened. Instead, the sensors of the digital thermometer were always pushed into the place that seemed to generate the most hot air. So do not confuse these results with the operating temperatures of the APU itself (or the motherboard, CPU and GPU in the case of a PC). This is a more general picture of the conditions inside the case of the device. You will find the results below. 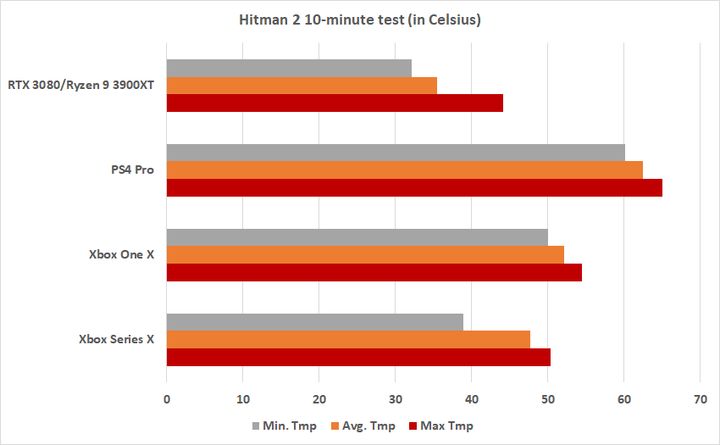 It's noteworthy that the low readings for the PC are due to the much larger case and efficient cooling system - the internal CPU temperature during the test was about 72 degrees Celsius.

VentureBeat's editor also conducted another test, during which he tried to force each platform to work as hard as possible. For the PS4 Pro, the temperature never exceeded 65 degrees Celsius and the Xbox One X reached 60.3 degrees Celsius. Xbox Series X again achieved the best result of all the tested console: 57.4 °C.

The results match the tests carried out by the editors of Tweakers.net, who checked the readings in DiRT 5 and Doom Eternal. Xbox Series X warmed up to a maximum of 49 °C. 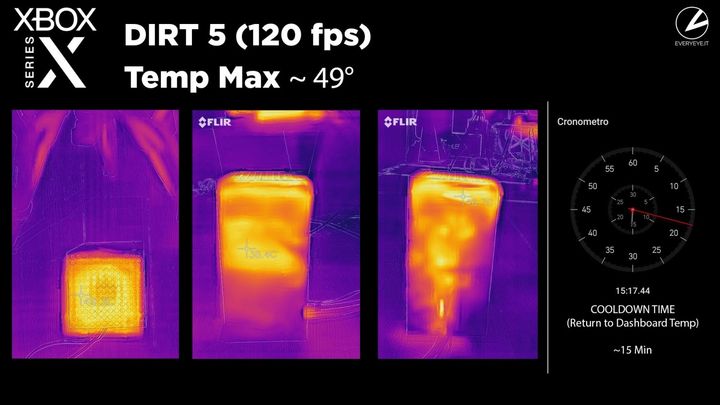 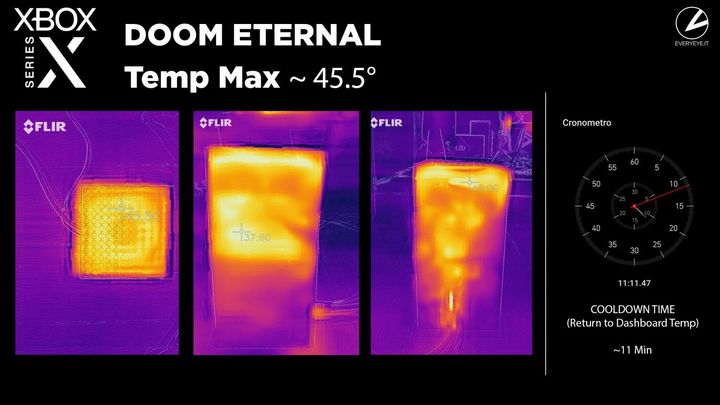 G.R.R. Martin on His Least Favorite Scene in Game of Thrones

Dev Comments on Alleged GTA 6 Map; Offers his Own Concept