After multiple phenomenal moments featured in the video games from last year - including the bender with Lenny in Red Dead Redemption 2, epic fight against Baldur in the beginning of God of War or the hair-raising encounter with Leviathan in Subnautica – we are finally ready to return to the moments that have made us fall in love again with video games throughout 2019. There are so many of them that selecting only ten (one scene per single game) turned out to be an extremely difficult task. Nonetheless, we managed to accomplish it and are now excited to invite you to share our replay of the exciting, spectacular or simply heart-tugging moments. 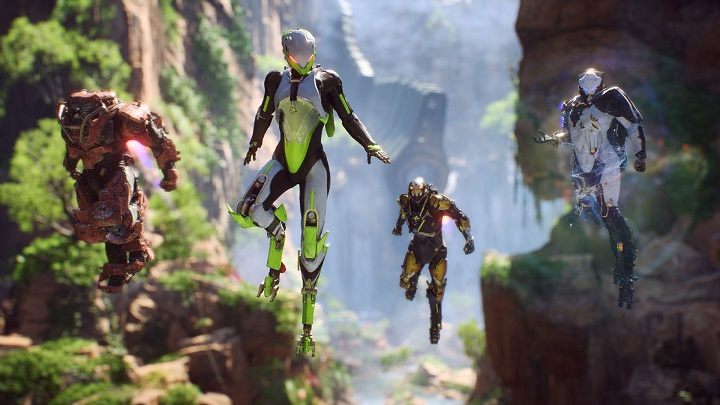 „What do you mean: no Anthem?”

Obviously, the below list is filled with spoilers that will completely ruin your experiences with the games you haven’t played yet. If you see a headline with the name of the game you haven’t completed, quickly skip to the next page!

We also invite you to share your own experiences – you have our blessing to rush to the comment section right after reading this article to shame us for not mentioning your favorite moment.

It is kind of funny that in a game filled with extremely durable undead, hellhounds, and twisted human-animal hybrids, the most frightening sound is this of heavy steps behind the nearest door. In the remake of Resident Evil 2, it means only one thing – you are about to have a close encounter with the Tyrant, also known as Me. X. Run. 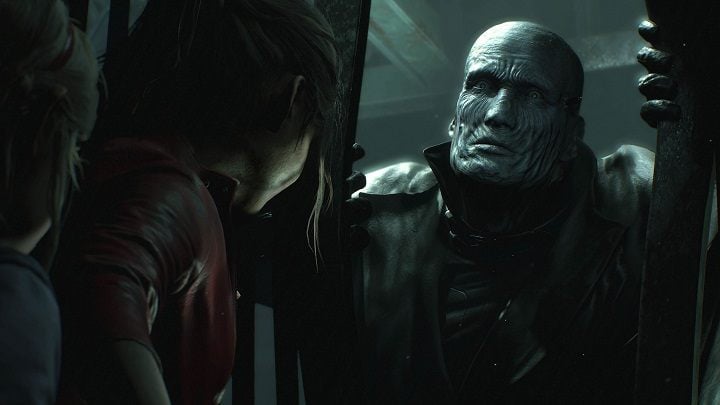 If you allowed him to get this close, you have one last chance to think of something clever to be put on your tombstone.

Why makes each scene with this opponent so memorable? Mostly the fact that he does not resemble the bloodstained zombies you got used to one bit. Instead of chasing you hastily, just like the other enemies do, he… walks fast. He does not scream nor growl – you know he’s near when you hear his heavy boots stomping. He might look like a giant human, however there is something entirely unearthly about him. But, most importantly, he is entirely immune to the protagonist’s attacks. If you throw a grenade under his feet, he will merely stop for a moment. If you shoot him in the head, he will pick up the pace as if being irritated you’ve shot the fancy hat off his head. It quickly becomes clear that your insults towards Mr. X will do as much harm as your weapons, thus running is the only reasonable solution.

Ever since my first encounter with Mr. X up until the very end of the game I was paralyzed with fear at the sound of his footsteps. I didn’t even look back – I just started running far enough to stop hearing the harbinger of doom. This often resulted in backtracking, nonetheless in hindsight, running away from the Tyrant proved to be the most memorable segments of Resident Evil 2…and possibly the scariest gaming moment of 2019.

Some turned off the game in order to deal with being scared of Mr. X, while others screamed at the top of their lungs. Modders, however, decided to grasp the nettle – only several weeks after Resident Evil 2 had been released, players could download mods that altered the image of the Tyrant. It is difficult to be scared of an opponent who is knee-tall or looks like Thomas the Tank Engine. There are also those who wanted to make it even scarier and replaced the silent colossus with Pennywise the clown from It or Jason from Friday the 13th. Our personal favorite mod, though, is the one that does not alter the character model, however, it plays “X Gon’ Give It To Ya” every time he enters the screen.