The grim escape from taiga in Metro Exodus

From the gameplay point of view, the finale of the third major chapter of Metro Exodus would not suffice to make it onto the list of the best moments of this exquisite FPS, even though one has to face a monster that even Geralt of Rivia would consider to be a challenging opponent. This monster is a mutated bear who already managed to signify his presence throughout this sequence in the game. The battle is long and tiresome and might prove impossible to complete without the proper gear – thus many players are not very fond of it. Nonetheless, it is difficult to blame the Ukrainian developers, because, provided you treated the taiga natives peacefully, you are about to experience some heavy emotional stuff. 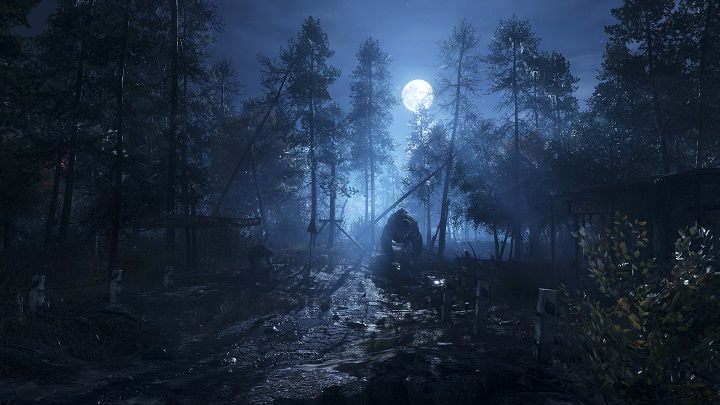 A game from Ukraine that drives you into depression? Who would have thought...

At the end of each chapter of Metro Exodus, the game shows players the consequences of their decisions that usually are limited to losing one of Aurora's crew members. This time it’s no different, however, the way you part ways with Alyosha makes you rethink your actions. Your companion is a loyal friend of the protagonist and right before the final battle, he mentions local people with a hint of sympathy in his voice, especially when he talks about their leader – Olga.

Right after the battle, the main protagonist is preparing to take the zip-line down to board Aurora, while Olga stops him and accuses of being a murder, who turned her kin into targets. Alyosha hastily explains that the locals are in fact innocent children and the heroes need to slide down to the train as quickly as possible to avoid being shot. As the protagonist reaches Aurora unharmed, Alyosha – who defended him from Olga’s protégés – gets hit by a bolt without ever understanding how his friend could ever become a bandit.

It is also worth to describe the context. The aforementioned locals are, in fact, children, however, they have grown up. The nuclear war caught them at a youth camp and they were forced to grow up with each other and their camp counselors, just like a weird post-apocalyptic version of Peter Pan and his friends.

Yes, we are fully aware that Red Dead Redemption 2 was released in 2018. Nevertheless, we have decided to use this article to pay close attention to Rockstar’s Opus Magnum that quite recently became available on PC. There are multiple memorable scenes, random adventures, and moments taken straight from spaghetti westerns but among those of us who prefer playing on the personal computers, the most emotional scene was the one after several dozens of attempts of running this… this game, when the screen went black to display the developer’s logo followed by the main menu. Now only 3-5 workdays of loading to finally dive into one of the best games in the history of video games, which made our hearts even warmer. Nearly as warm as computers heating up to such temperatures that would definitely melt the Arctic ice caps, only to reach 15 FPS in Red Dead Redemption 2.