Sacrificing your tie in Disco Elysium

Disco Elysium resembles an RPG session held by an extremely creative and eloquent dungeon master, who had drunk at least one beer too many right before the game. This game practically lacks any combat system and is nearly entirely based on dialogues and exploration of this weird world. In spite of all that, the game cannot be called a boring one, mainly because the dialogues themselves prove the authors are capable of imagining otherworldly things. I mean, have you ever discussed anything with… the skills you develop? Or your clothes, for that matter?

And by no means are they some simple gags based on the absurdity of the situation. For example, the patchy tie you wear for most of the game becomes the fundamental element of the game. All throughout the story, the tie is a personification of chaos, which suggests you the stupidest ways of solving each situation – because it perfectly knows that in Disco Elysium players get the most fun out of getting into weird situations. It’s like having a crazy companion tied to your neck. And this is why, when you eventually lose it, you feel authentic sadness. 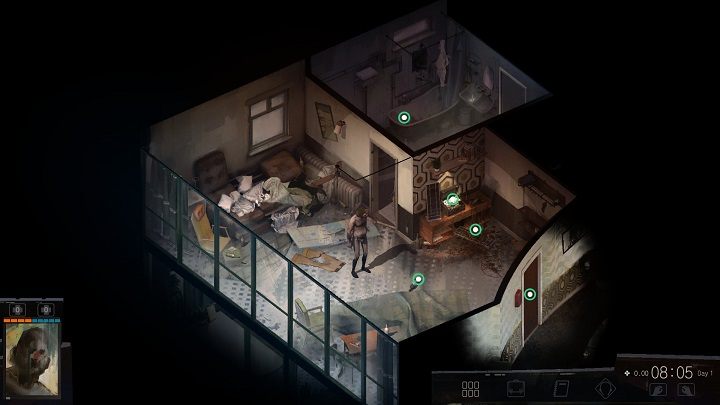 If you have bad luck, the tie you are bound to befriend will lead you to your doom within the first minutes of the game. My character, for example, died out of a heart attack when trying to take it off the fan.

At the end of the game, you can sacrifice the tie to craft a Molotov and throw it to start the last dialogue. You suddenly remember that the tie was not only a piece of clothing but also characters attribute, who wears it to lift his spirit from depression and chaos that his life had fallen into. The tie is a companion sacrificing himself to protect the protagonist’s life, one, that accompanied players throughout this crazy story. You know, this might just be a hideous tie, but if you played Disco Elysium long enough, you have already bonded with it. And it’s really difficult to say goodbye.