All wars waged by Kojima in Death Stranding

The newest creation of Hideo Kojima who had freed himself from creative shackles of Konami can be associated not with spectacular moments but rather gradual and peaceful experiencing everything the game has to offer. This does not mean, however, that Death Stranding entirely lacks any memorable scenes that are more spectacular than the remaining part of what some call “a courier simulator”. Suffice to say, players get to participate in three most recognizable military conflicts in history – WWI, WWII, and the war in Vietnam. 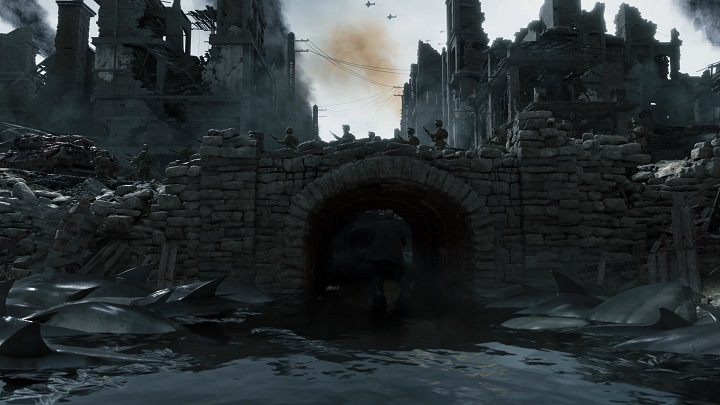 Naval fauna falls down together with artillery shells. Just like in the history books.

We will not tell you how did the protagonist get there – mostly because we would have to explain half of the game along with it, and even those of you who have completed it might not know about all themes present there. Know this: Kojima’s vision of military conflicts is bound to impress. No heroic youngsters skipping bullets and no turgent music – here war is true horror. During these not so short sequences you wade in dirt surrounded by memories of soldiers materializing and then suddenly disappearing. The soundtrack is composed of screams and ever-present gunshots.

Each of the episodes has its own characteristic: during WWI you have to go through muddy trenches, during WWII you cross buildings devastated during a bombing, and in Vietnam, you hide in the bushes knowing the enemy might jump out of anywhere. The Japanese developer also intertwines this with his signature tweaks, however they make the whole thing fit the overall paranormal atmosphere. The dolphin corpses in the middle of a WWII battle? Say what you want but only Kojima can provide you with anything like that.