Hugo and the Animals of the Ocean

Another title from a series of family games about the adventures of Hugo troll, which is popular in our country. This time our hero, inspired by the diary of his old grandfather, Captain Bardzobrodaty, decides to go to the undersea depths.

Pure Pinball is an arcade game designed by A.S.K. Homework studio, prepared for fans of traditional flipcharts. Players have the opportunity to test their reflections by bouncing the ball rolling on one of the three available pinball tables. The title was developed with attention to the details of the visual setting and a realistic physics model.

A legendary arcade-logical game, developed by Russian student Alexey Pajitnov in 1986. The main goal of the Tetris competition is to arrange the blocks falling into the wells in such a way that they form lines.

Arcade style whip, inspired by a series of films and comics about a man-notoper, more widely known under the pseudonym Batman. As we steer the hero, we travel through levels full of various enemies to save Gotham City together with our companion named Robin.

New York Taxi is the fourth game from a series of relatively simple races published by a German producer. The player takes on the role of the title taxi driver, this time the arena of his actions is the famous American city.

A funny shootout that takes us back to World War I and aims to shoot down as many chickens as possible that carry important orders for enemy units.

Dizzy: Prince of the Yolkfolk

Prince of the Yolkfolk is a classic platformer with strong adventures, about the adventures of an egg-shaped creature looking for a way to save his beloved.

Have you ever wondered what Elite games would look like if space were to be turned into the depths of the sea? If the answer is 'yes', you must read Sub Culture. It will allow you to perform similar activities as in David Braben's programmes, but under water. 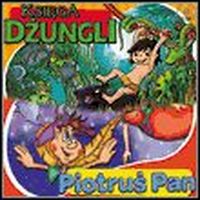 Another set of two educational games in which the youngest computer users accompany the world-famous and very popular heroes (Peter Pan and Mogli from the "Book of the Jungle"), and observe their extraordinary feats.

Space shooter, prepared by the German team Fakt Software. This product refers to such works as Descent or Forsaken and takes us into the distant future, at the same time offering to immerse ourselves in the specific climate of science-fiction.

Pirate Planet is a simple game representing the platformer genre, designed for the youngest computer users. Playing the role of a friendly alien named Tito, the children find themselves on the title planet of pirates, where they face a great adventure and a whole lot of challenges.

"Dance Dance Dance Revolution" was originally created for gaming salons. The game consists in pressing the appropriate keys to the rhythm of the music, so that the character visible on the screen moves according to the melody of the currently selected song.

In Abuse, a phenomenal shooting by Crack Dot Com, the player will play the role of Nick Vrenna, the only prisoner who did not succumb to the side effects of experiments with the gene of aggression. When rebellion breaks out in the facility and the dangerous specificity turns all its tenants into terrifying and bloodthirsty creatures, our hero decides to get weapons and forcefully get out of the complex.

Baby Jo in Going Home is a 1991 platformer produced by Loriciel, which in many respects resembles the second installment of Chuck Rock, unknown to PeCet players.

BreakQuest is an arcade game, which is a conversion of a classic game called Arkanoid, published in 1988. The way of playing has not changed in comparison to the original, but the audiovisual setting has been significantly improved.

Continuation of the extremely popular arcade game Water Chicken. This time crazy birds infected with the ASE virus are arriving and must be shot down as soon as possible in order to avoid a global epidemic.