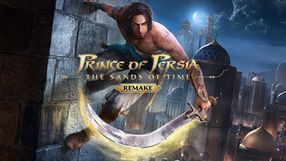 Remake of a 1993's classic platformer and second installment in the cult series from Broderbund Software studio, redesigned for mobile devices. Plot of Prince of Persia: The Shadow and The Flame continues the story of the first part of the franchise. Happiness of the Prince of Persia and the daughter of the Sultan is interrupted by the vengeance of Vizier Jaffar. With the help of magic he sways all guards of the kingdom to capture Prince and steals his position, forcing him to flee through several locations, including not only palace dungeons, but also open spaces. Gameplay itself does not differ significantly from mechanics known from the original, just as in the Prince of Persia Classic. However, the title features modernized, completely redesigned visuals and a whole range of improvements concerning mechanics and level design. Developers deleted several scenes from the base game, introducing brand new ones in their place. 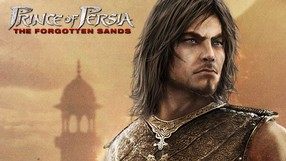 Another major installment in the famous action adventure game series. In terms of story, Prince of Persia: The Forgotten Sands is set between The Sands of Time and Warrior Within, and focuses on the events that caused the drastic, dark change within the Prince. Upon reaching his brother’s realm, the Prince finds the capital city about to fall, besieged by an enemy army. In an attempt to protect the citizens from a massacre, the city’s ruler resorts to using a powerful, yet dangerous magic that eventually turns against him. The game itself is based on the core mechanics of the series. Therefore, we can expect multiple platforming sequences, environmental puzzles, and battles against powerful enemies. An interesting addition is the ability to control the forces of natures, which comes in handy both in combat and when traversing subsequent locations. Of course the series’ landmark feature — the ability to reverse and slow down time — is back. Prince of Persia: The Forgotten Sands is powered by the Anvil engine, the technology previously used in the two first Assassin’s Creed games. 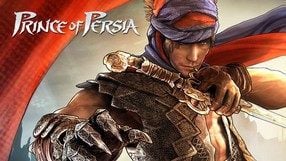 Another installment in the bestselling Prince of Persia series, developed by Ubisoft since 2003. In terms of plot, the game is independent of the previous installments - it tells a completely new story. The protagonist has to face Ahriman - a Persian god of evil and darkness. The prince has to save the mythical Tree of Life by healing subsequent parts of the land poisoned by Ahriman and his allies. The protagonist is accompanied by Elika - daughter of the antagonist. She is a skilled magician and offers help during exploration, puzzle solving and combat. The gameplay emphasizes platformer elements - a typical aspect of the franchise. The protagonist can jump and climb almost anywhere, and he is capable of performing spectacular combos thanks to the improved combat system, useful especially when fighting more powerful enemies. The game offers an unusual art style, distinguishing it from its predecessors. This was achieved using the cel shading technique.

A refreshed version of the classic platform game developed by Broderbund Software in 1989. The player assumes the role of a prince who must stop the evil vizier Jaffar who intends to take over control of Persia by marrying a kidnapped princess. The protagonist must escape from a prison, save his beloved and defeat the usurper. The problem is, all these actions must be completed in less than an hour – otherwise the game ends in failure. The gameplay mechanics in Prince of Persia Classic are similar as in the cult original. During the game player jumps from platform to platform, avoids various obstacles and traps, and fights against the vizier’s guards. Sometimes the prince will also have to solve a simple puzzle. This version of the game has completely new, more colorful visuals and brand new audio tracks.

Extended port of the 2005 release of Prince of Persia: Two Trones. The action of the game takes place in the area of Babylon, where after returning from the Time Island, the title prince faces his dark counterpart, created by the action of the mythical Sands of Time. During the game we have an opportunity to direct the actions of two heroes with different characters, fighting styles and special abilities.

Prince of Persia: Trilogy is a special compilation, released on the occasion of the third anniversary of the triumphal return to the world of electronic entertainment of the Prince of Persia series, whose roots date back to the late 1980s. This kit is available only to PlayStation 2 landlords and contains games released between 2003 and 2005.

A third-person perspective action-adventure platform game developed for PSP. The game is an expanded port of Prince of Persia: Warrior Within. In the game the player assumes the role of the titular prince who learns that he is meant to die because he released the mythical Sands of Time. The only way to avoid fate is to travel to a mysterious island where the powerful artifact that caused all the trouble was originally created. As one can assume, the road will be filled with traps and enemies. The latter, prince will defeat with his weapons and unique ability to manipulate time. In comparison to the original version of the game released in 2004, the gameplay mechanics haven’t changed. However, Prince of Persia: Revelations offers exclusive additional content – four new locations that weren’t available in the basic game. 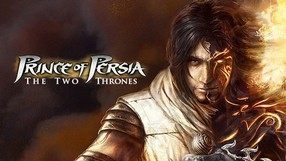 Another installment in the highly-rated action adventure game franchise following on the eponymous Prince, who in the past carelessly unsealed the mythical sands of time. After events of the previous part of the game, the protagonist return to his home – Babylon – plunged in the chaos of war. Soon it turns out that the previous actions of the hero led to the birth of his dark alter ego, whose spirit gradually takes over control over the protagonist's will. Prince of Persia: The Two Thrones expands the mechanics implemented in the two previous installments and introduces new improvements to the combat system, as well as some innovative uses for the dagger of time and skills unavailable before, like sneaking. The biggest novelty offered by the game is the possibility of controlling two characters different with personalities, fighting styles, and abilities.

Sequel to the 2003’s Prince of Persia: The Sands of Time, rebooting the story of the hero from the classic 2D platformer from Broderbund Software studio. This time the prince has to deal with consequences of his reckless actions. He managed to turn back time and prevent releasing The Sands of Time, but he did not change his destiny, resulting in Guardian of Time chasing him to seal his fate. He travels to the mysterious island where, according to the legends, the Sands were made; the prince attempts to change the past and prevent their creation, thus saving himself from the fate. Prince of Persia: Warrior Within has a much darker atmosphere, but the gameplay is similar to its predecessor. Our hero must overcome many obstacles and traps, not to mention enemies. Game introduces a new, expanded fighting system, with prince himself becoming stronger and gaining new abilities. 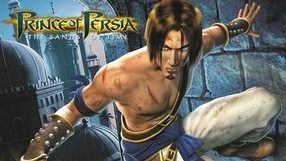 An action adventure game which is a remake of the 1989's Prince of Persia, one of the most popular platformers of all time, originally developed Broberbund Software. The game was created by Ubisoft Motreal and Jordan Mechner – the father of the original game, who worked on The Sands of Time as consultant and lead designer. The game tells a story of the eponymous Prince who accidentally releases the legendary Sands of Time, a mystical artifact that poses a terrible threat to the world. With the help of the beautiful princess Farah, the protagonist has to make up for his mistake and bring back order to his land by facing various creatures and dangers. Gameplay of Prince of Persia: The Sands of Time is seen from the third-person perspective and features fully 3D graphics. During the course of the game, the hero makes use of the supernatural power to control the time. The creators emphasize their effort to recreate the characteristic elements of the original title, like realistic animations and combat system.

The first attempt to transfer the mechanics of the cult Prince of Persia series into a 3D environment, made by Red Orb Enertainment studio working within the structures of Broderbund Software. The action of Prince of Persia 3D (also known as Arabian Nights) takes us back to the 12th century Persia known to fans of the series, where the prince becomes entangled in a convoluted plot involving the Sultan and his brother Assan.

Prince of Persia 2: The Shadow & The Flame

A continuation of the bestselling platformer from 1989, which tells a story of the eponymous Prince of Persia, who is trying to save the beautiful Princess from the evil vizier. The action of Prince of Persia 2: The Shadow & The Flame takes place several days after the events of the original game. Seeking revenge on the hero, Jaffar – the vizier – steals his identity and takes his legitimate position, while the lives of Prince and his beloved are once again hanging by a thread. In order to regain peace and good reputation, the Prince has to conquer 15 long levels, deal with a number of traps, and face enemies sent by the vizier. Mechanically, the game largely follows its predecessor, but this time more emphasis is put on the plot and combat. The controls have been modified and the visuals have been considerably improved, making the game’s world interesting and diversified.

A classic two-dimensional platformer game developed by Broderbund Software. The game set the direction for the genre, and many later platformers were trying to follow it. The player assumes the role of the eponymous Prince of Persia, whose task is to rescue a beautiful princess held by the evil vizier Jaffar who has kidnapped her in order to take over the kingdom ruled by her father. Unless the princess decides to marry Jaffar, she will die. The protagonist has only an hour to free the princess who is being held in the dungeons under the palace. In the game, the protagonist traverses nearly three hundred chambers filled with different traps and armed guards. The gameplay is diversified with puzzle solving and the already mentioned time limit, requiring the player to develop their skills in order to make a progress. The game offers relatively simple visuals, but it stands out with exceptionally realistic character animations. The action is displayed in the classic side-view camera angle, and the game features Middle East-inspired music.