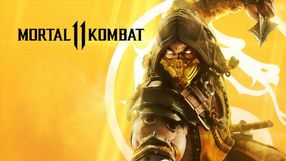 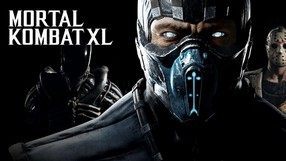 An expanded edition of Mortal Kombat X by NetherRealm, released in April 2015 as the tenth installment in the cult fighting game series which was launched back in 1992 on arcade machines. The action takes place 25 years after the events of the original game and tells a completely new story, in which new characters, for example: Johnny Cage and Sonya Blades daughter, play a major role. The gameplay mechanics were not changed significantly  it is still a 2.5D fighting game that puts emphasis on special attacks and spectacular finishers. Mortal Kombat XL contains all DLCs released as a part of the original game's season pass. Apart from a large variety of various skins for the available warriors, their biggest attraction are bonus playable fighters such as the four-armed Goro, Tremor, Tanya Tri-Borg, Bo Rai Cho, as well as iconic movie characters like Predator, Xenomorph, Jason Voorhees, or Leatherface. 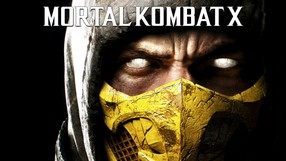 A sequel to the 2011 game created by NetherRealm, which restored the leading position in gaming to Mortal Kombat, a long-standing, cult fighting game franchise launched in 1993 by the Midway / Acclaim duet. Once again, we get a wide array of playable fighters  both known from the previous games in the series, as well as brand new ones. Moreover, each one comes in several varieties, differing in tactics and combat style. Duels are fought on 2.5D arenas filled with interactive elements that you can use in combat. There is of course no shortage of spectacular finishers, so-called fatalities. The games core features an expansive story mode set 25 years after the events presented in the previous game. The authors implemented numerous both local and online multiplayer modes, enabling the players to compete with one another in a global struggle for primacy. 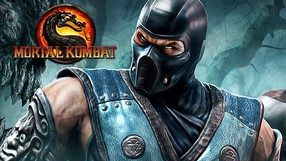 A brutal fighting game and a reboot of the Mortal Kombat video game series - one of the most popular fighting-oriented franchises, launched back in 1992. The game was created by NetherRealm and the works were supervised by Ed Boon - the father of the series. This new installment is based on the best mechanics of its predecessors, both improving and modernizing the classic Mortal Kombat experience. Thus brutal fighting is the core of the game - fights are filled with spectacular special attacks and creative ways of finishing off the enemy. The players received a massive number of both well-known and completely new fighters. The new X-Ray system was introduced as well, allowing the player to launch special attack sequences. New game modes were also added, including challenges, Story Mode and Tag Team, which allows two teams of two players to fight against each other. Combining classic elements with the new can be also observed in the visuals that combine 2D and 3D elements.

Once again stand up to a duel with dark forces. Will you be able to win the tournament and save the world this time? Only Mortal Kombat: Tiurnament Edition can give you such an opportunity.

The last installment of the cult series of virtual fights, in which the authors used a side projection and two-dimensional digitized models superimposed on computer-generated backgrounds.

The debut edition of the cult series of virtual battles, characterized by an extremely brutal approach to the subject. There are seven warriors to choose from: Liu Kang, Rayden, Sub-Zero, Scorpion, Sonya, Kano and Johnny Cage. Each of them has a basic set of strokes, which in combination with directional keys guarantee a variety of attacks.