Minecraft players keep surprising us. Almost 10 years after the release of the game, fans are still able to create surprising works. However, even among all the calculators and jukeboxes, StitchyYT's project stands out from the crowd. You see, the user designed a working laptop in Minecraft.

It is not the first computer created in the world of Minecraft, but its uniqueness results from the design itself. The existing units were based entirely on a resource called Redstone, which enables players create electrical circuits. StitchyYT also used this solution, but only in residual form. Instead, his laptop is based on command blocks. You can turn the computer on and off, change the font and wallpaper, download applications (albeit not yet functional) like Paint or Calculator, and even take a screenshot. The creator even included a battery that needs to be powered on - without it, the computer lasts only 6.5 minutes. 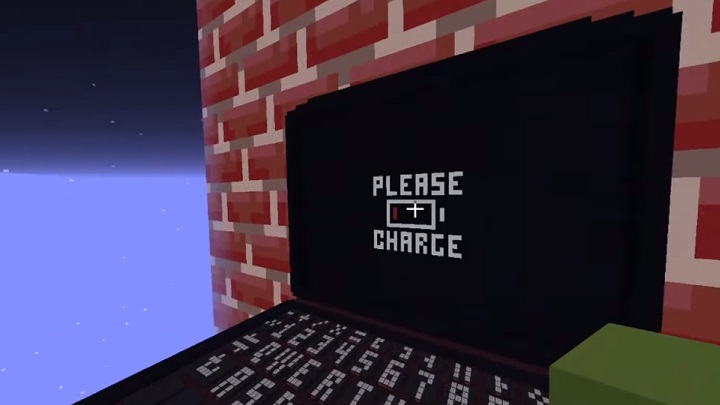 Battery running for less than 10 minutes - is this the future of computers?

This is only the beginning of the project which is the fruit of 6 days of work. StitchyYT wants to test the limits of construction possibilities with the use of command blocks, although he admits that he is just beginning his adventure with them (which can be seen from some technical problems). His ultimate goal (via Reddit) is to... run Minecraft on this laptop. Sounds like a madman's idea, but the same could be said for other projects with which the fans of this extremely popular game have have amazed us over the years.