It seemed that the disastrous crisis for Blizzard's reputation with Hong Kong protests in the background, was slowly dying out: the company issued an official statement in which it explained its motives, reduced the penalty for Blitzchung, and in response Blitzchung issued a statement saying that he was aware that he was violating the rules and that he was sorry for it. The hatchet was buried and the publisher could start to repair its damaged image. The company started doing it... by removing Mei's fugures from its online store. 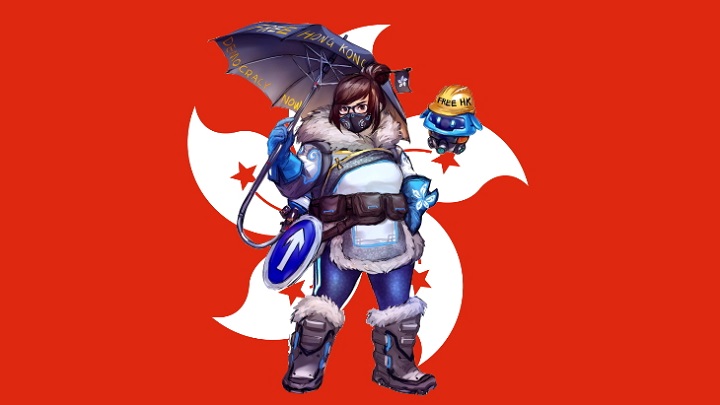 Since the beginning of the Blitzchung affair, players have expressed their dissatisfaction with Blizzard's actions by, among other things, making Mei a symbol of protests in Hong Kong.

Just a few days ago, the CEO of the company, J. Allen Brack, declared that ""The specific views expressed by blitzchung were NOT a factor in the decision we made. I want to be clear: our relationships in China had no influence on our decision." Of course, many people sincerely doubted that the company's hard-line response to the political comments made by one of the players, was entirely without taking its relations with China into account, where one of its shareholders, Tencent, comes from. Removing the Mei figure - one of the characters in the popular online action game Overwatch - from the store only added fuel to the fire. The heroine has become one of the symbols of the protests in Hong Kong in recent days.

The protests began in March in response to a draft law allowing the extradition of suspicious citizens to China. Many Hong Kong residents have recognised that this is yet another example of the interference by the authorities of continental China in the policies of this special administrative region and the attempts to curtail the civil liberties enjoyed by the people of autonomy. During the protests that have been going on to this day, the police have repeatedly abused the participants of the marches, and on October 1, the authorities shot an 18-year-old demonstrator with live ammunition. The violence against the Hong Kong people is leading to an even more serious escalation of the conflict, and the citizens of the autonomy have already turned to outside assistance, including from the United Kingdom and the United States.

In response to Blitzchung's suspension, some players did not limit themselves to boycotting Blizzard. Some have recognised that a company can be punished in a much more severe way, for example by placing one of its characters in the role of a fighter for Hong Kong's independence. Soon the images of Mei in a characteristic mask, similar to those used by the demonstrators, with slogans supporting the protests began to appear on the web. The reasoning is simple: if one of Overwatch's heroes starts to associate herself with the crisis in Hong Kong, the Chinese authorities will censor or ban this production completely, which of course would hit Blizzard hard in his pocket. 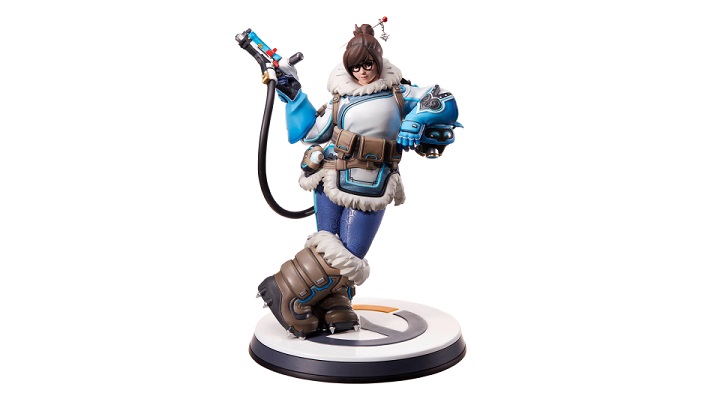 Even sold out gadgets still show up in Blizzard's store. Meanwhile, Mei's figures have been permanently removed.

Mark Kern, a producer of Diablo II and World of Warcraft, informed about the removal of Mei's figures. He has previously criticized the influence of Chinese investors on the operations of American companies. Indeed, there is no way we can now find the a $175 figure inBlizzard's store. However, you can still buy other Mei-related gadgets: cap, sweatshirt or Funko Pop figurine. It is therefore difficult to deduce what the real logic behind this move is, but given the controversy surrounding China's influence on company policy, the timing of this move couldn't have been more wrong.