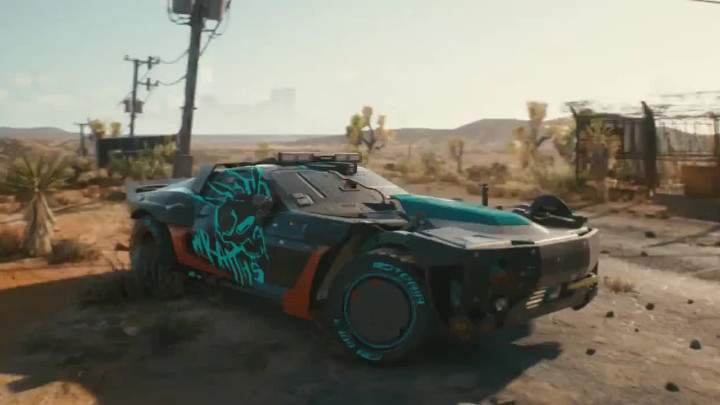 To celebrate the fifth anniversary of Mad Max: Fury Road, CD Projekt RED presented a vehicle inspired by the Australian movie, which will appear in Cyberpunk 2077. Reaver, or reworked Quadra Type-66, is a model used mainly by the Wraith gang.

Pawel Sasko, lead quest designer, revealed that in the latest game from CD Projekt RED we will be able to leave Night City. He confirmed that among the locations available for the players there will be Badlands, i.e. a wasteland inhabited by hostile gangs.

Cyberpunk 2077 will be released on September 17, 2020 and coming to PC, PlayStation 4 and Xbox One. Later on, the title will also be released on next-gen consoles.