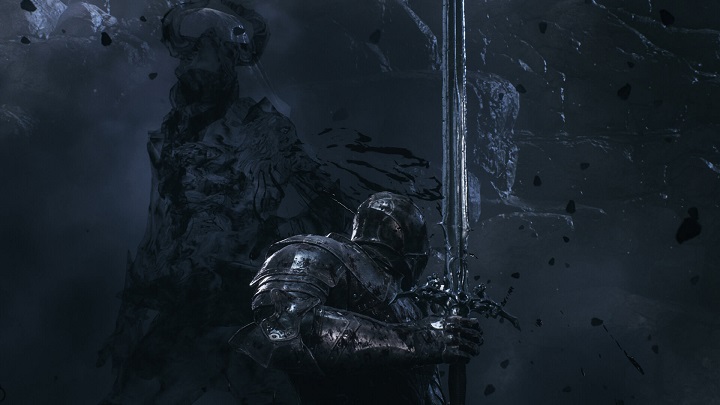 It's been a long time since the last part of the Dark Souls series was released, but in recent years fans of the franchise have hardly had any reason to complain. Not only have we received another work made by From Software, but also many similar productions have appeared. Recently we had the opportunity to see the great continuation of NiOh, and before that, among others, the successful Remnant: From the Ashes and The Surge 2, as well as the slightly weaker Code Vein. Soullike games lovers may also be interested in Mortal Shell, Cold Symmetry's debut project announced by Playstack. The publisher provided a short trailer, giving us some idea about the upcoming game.

We wrote "announced," but that's not entirely true. The game began its life two years ago as a project of three-person: Andrew McLennen-Murray, Anton Gonzalez and Vitaly Bulgarius. The first two took part in the development of the Call of Duty series and the upcoming Ghost of Tsushima, as well as the Battle Angel Alita adaptation. They first boasted their work (then still known as Dungeonhaven) almost two years ago. Since then, the studio has grown significantly, although 15 people - even "AAA game veterans" - is still a very modest team, which was clearly felt by the devs. On the other hand, From Software didn't have much more available when working on Demon's Souls and the first Dark Souls.

The action of Mortal Shell is set in a gloomy fantasy world with a touch of horror, in which the former glory of humanity is only a memory. Following the orders of the mysterious Dark Father, we must find hidden sanctuaries and faithful followers. There is only one problem: the hero of the game is an "empty vessel" without a material form. So in order to do anything, we have to take on, according to the title of the game, a carnal shell. Fortunately (?) we will find the remains of old warriors everywhere, which we can possess. In this way, we will gain access to the abilities of the dead and be able to personalize our character, choosing one of many combat styles and specialties. 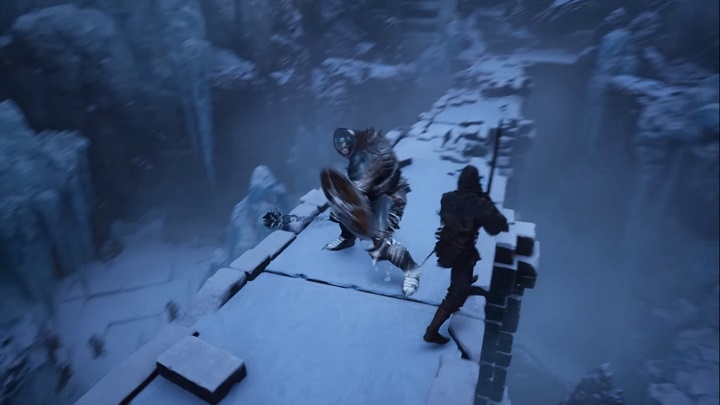 Someone here will soon find out why gravity is the most powerful magic in soulslike games.

The basics of the game do not deviate from the typical soulslike formula. We will get an arcade combat system, and the battles will require not only reflexes and precision, but also common sense and strategy. There will also be an extensive upgrade system, based on the growing ties with our body. The campaign is to be non-linear, although no details are given. Mortal Shell will debut in the third quarter of 2020 on Steam, Xbox One and PlayStation 4. For PCs, you can already check the game's hardware requirements. In addition, the creators are planning beta-tests in an unspecified future.