Citing anonymous sources, Kotaku reports that the president of Gearbox Software, Randy Pitchford, has informed his employees that the royalties from the sale of Borderlands 3 will be much lower than previously promised.

Gearbox Software rewards its employees in quite an interesting way. As the company cannot compete in terms of average payment rates for developers (at least by American standards), it shares 40% of its profits with them. The bonus is paid to employees every quarter, and the amount depends on their seniority in the company. So far, this system has worked quite well, and after the success of Borderlands 2 part of the employees bought houses for additional income (which was even advertized). However, the last few titled from the company were not exectly hits. In fact, games like Battleborn or Aliens: Colonial Marines can be rather boldly counted as financial failures. That's why the success of Borderlands 3 was all the more awaited by everyone. 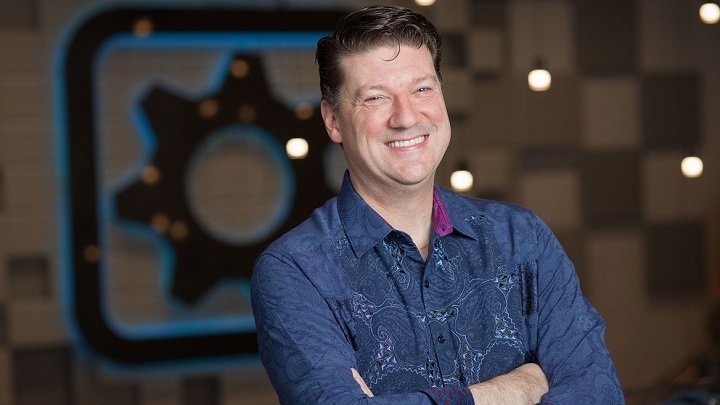 Randy Pitchford has reasons to be happy - good sales of Borderlands 3, not to mention Epic Games paying for exclusivity, probably earned the company quite a sum - but did they? Source: GearboxSoftware via Venturebeat

And that's exactly what happened. Borderlands 3 was a big success. The game had good sales on both Epic Games Store and Steam, but the title has also been sold to console players. In February we wrote that the game sold almost 8 million copies. Due to the provided data and the unknown (though certainly significant) amount that Epic Games paid for the temporary exclusivity of the production, developers should be satisfied with the game's financial result. However, it turns out that this did not happen. Kotaku's sources claim that the company's management promised employees five or even six-digit bonuses - promises, however, are sometimes broken by reality.

Randy Pitchford dispelled the hopes of his subordinates at the meeting the day before yesterday. He informed that due to the growth of the studio and considerable production costs of the game (according to Kotaku's sources it was 140 million dollars, along with the DLCs) the royalties will not come close to those promised earlier.

Gearbox Software, asked by Kotaku to comment on these reports, only informed that their employees - since the beginning of the profit-sharing program - have earned a total of $100 million more than the average salary. The company's representatives also add that, as far as they know, this is the most generous model of profit-sharing among AAA companies.

The piquancy of situation was aggravated by the fact that Randy Pitchford has been involved in two major financial scandals over the last few years. First, he accused his assistant of embezzling 3 million dollars from the company's account (which came to light at the end of 2016), and three years later, similar charges were brought against him, only on a larger scale (12 million dollars). The company's former attorney and friend of Randy Pichford's - Wade Callender - accused the CEO of Gearbox Software of misappropriating money that was supposed to be an extra from the Take-Two publisher, which should be used for the development of Borderlands 3 and for the salaries of employees. According to Kotaku's reports, such a bonus actually existed, but it did not count towards the 40% promised to the developers.

Even if the money in question didn't come from royalty funds, it's probably no wonder that morale at Gearbox Software is low and many employees consider leaving.

Dark Soulslike Will Enable Us to Possess the Dead; Trailer Released