Oh, Elden Ring. It looks like we'll have to wait a bit longer for the game. Despite assurances from Yasuhiro Kitao, marketing and community manager at FromSoftware, that work on the title is going well and its January release is not in jeopardy, the developers have suffered a setback. Fortunately, it was only a small one. The title will debut five weeks later than planned, on February 25 to be exact. 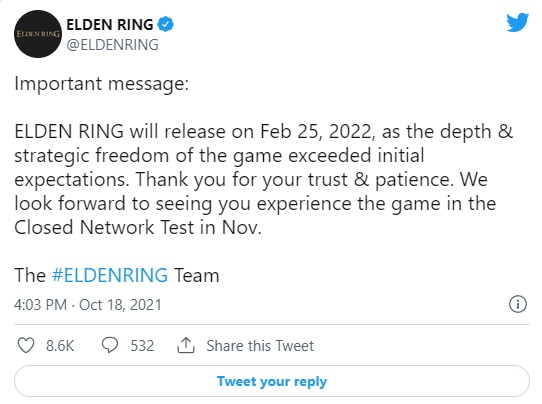 What's the reason? Obviously, the developers want to refine the game, so that it provides the "expected depth and strategic freedom". Well, we can only hope that it works out well for all of us. What's more, in November there will be a closed beta test of the network mode.

MacBook Pro - New Laptops With Plenty of Connectors and Notch