Yesteday, the creators of the movie adaptation of Naughty Dog's Uncharted shared extremely joyful news on Twitter. Apparently, the filming of the movie has officially ended. Now the crew led by Ruben Fleischer (director of Venom and Zombieland, among others) has to deal with post-production. We would like to remind that the premiere of the title is scheduled for July 16, 2021.

As you can see, the people who run the official twitter account of Uncharted decided to summarize the shooting stage with the words Sic Parvis Magna ("greatness from small beginnings"), which is Sir Francis Drake's motto engraved on his ring, with which Nathan, the main character of Naughty Dog's series (played by Tom Holland in the adaptation), does not part with. Mark Wahlberg, whom we will see in Fleisher's upcoming production as Victor "Sully" Sullivan, the protagonist's mentor (who, despite our fears ,will have a moustache), decided to celebrate the end of work on the set by posting a picture of the characteristic green shirt worn by his character in the games.

Both of these tweets stirred a lot of excitement among the Uncharted community. It's no wonder - they are a symbolic point that marks the end of the saga, which has been going on for over a decade now. The first reports on the game adaptation appeared back in 2008. Initially, it was to be handled by David O. Russel (American Hustle, Silver Linings Playbook). However, eventually he decided to resign from the project. Later, the production was to be directed by Neil Burger (Limitless, The Illusionist), Seth Gordon(Horrible Bosses, Baywatch), Shawn Levy (Stranger Things, Night at the Museum), Dan Trachtenberg (Cloverfield Lane 10) and Travis Knight (Bumblebee). Finally, at the beginning of March, it was decided to hire Ruben Fleisher, who finally managed to get to filming. 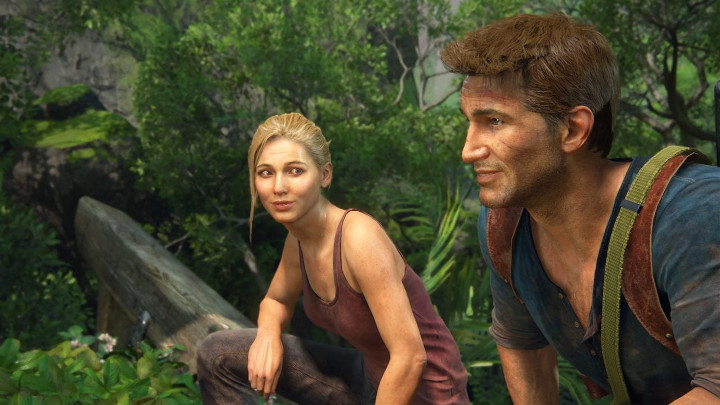 Will the movie adaptation of Uncharted be a success?

The scenario of Uncharted movie, which was eventually used, is the responsibility of the duo Art Marcum and Matt Holloway. The story created by the couple focuses on Nathan Drake's youthful years. Apart from Holland and Wahlberg, we will see Antonio Banderas, Tati Gabrielle and Sophia Ali.