It's been a month and a half since the official presentation of the Nvidia GeForce RTX 3070. You can read the specification of the cheapest of the "green" Ampere-based models announced here. Now it's time for the "meat", or performance tests. We have collected for you selected reviews of foreign and Polish technological services, which checked in games, what can be equipped with 8 GB of GeForce RTX 3070 VRAM. It was supposed to offer a level of performance equal to GeForce RTX 2080 Ti. Is this really the case? Let's find out.

"NVIDIA has done it againtheir new GeForce RTX 3070 is impressive, not only in terms of performance, but also pricing. Just a few weeks ago, we reviewed the GeForce RTX 3080, which finally makes 4K gaming work perfectly. Today, we have the RTX 3070 Founders Edition, which achieves the same for 1440p gamers. Every single title in our test suite exceeds 60 FPS now, and performance is improved so much that you get RTX 2070 "RTX Off" FPS with "RTX On". If you choose to enable DLSS with RTX, the RTX performance hit is basically nullified; in that case, and with games that don't support RTX, the GeForce RTX 3070 FE matches last generation's flagship, the RTX 2080 Ti, which retailed at over $1200 not too long ago," concluded the author.

Overall, Nvidia's GeForce RTX 3070 is a great high-performance value product. Upcoming competition aside, in todays market the RTX 3070 is as good as it gets in terms of cost per frame and even performance per watt. The RTX 3070 is the new and much more affordable 2080 Ti. In making that comparison, you get 3GB less VRAM, but make up for that with improved power consumption, shaving off about 60 watts. (). Oh yea, did we mention this card will run you $500 instead of $1,200? Compared to the GPU it is replacing, the GeForce RTX 3070 is nearly 40% faster than the 2070 Super. Now, it's going to be extremely important that Nvidia addresses supply and makes sure those base models hit the MSRP, reads the summary of review on TechSpot. 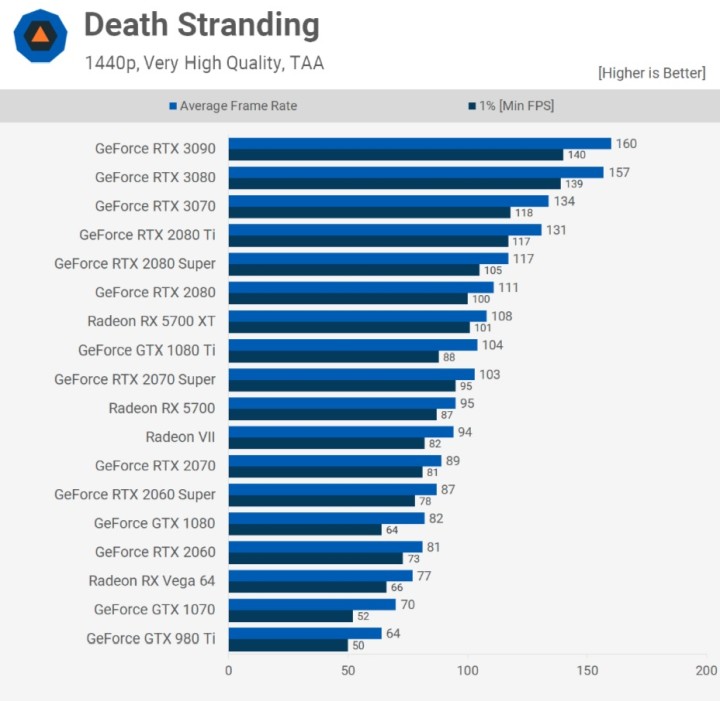 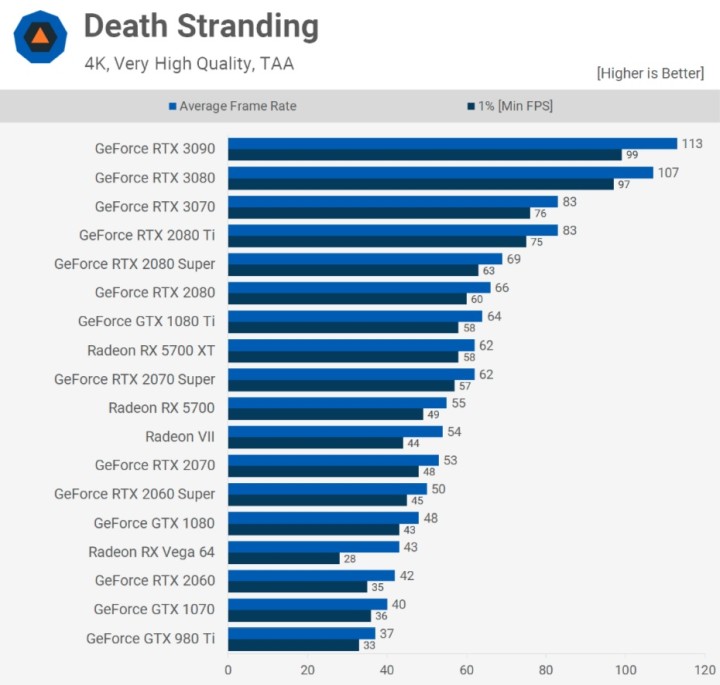 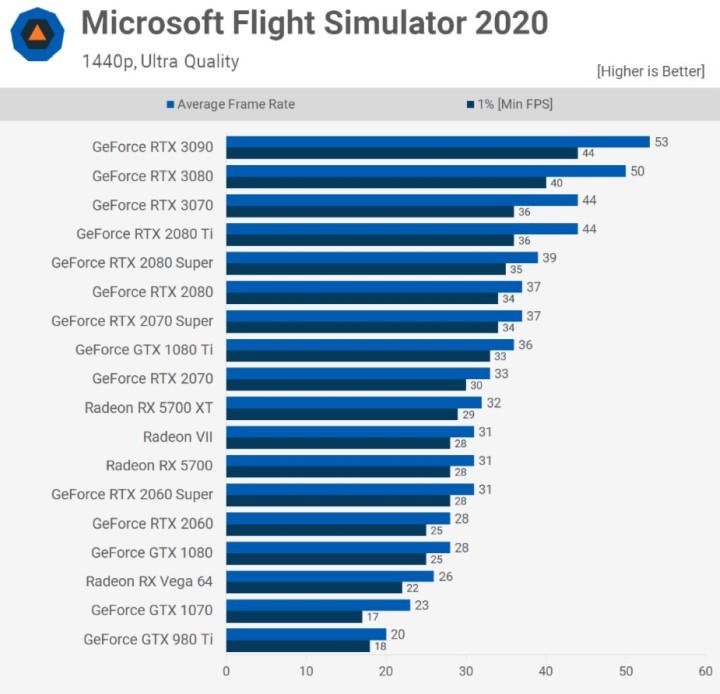 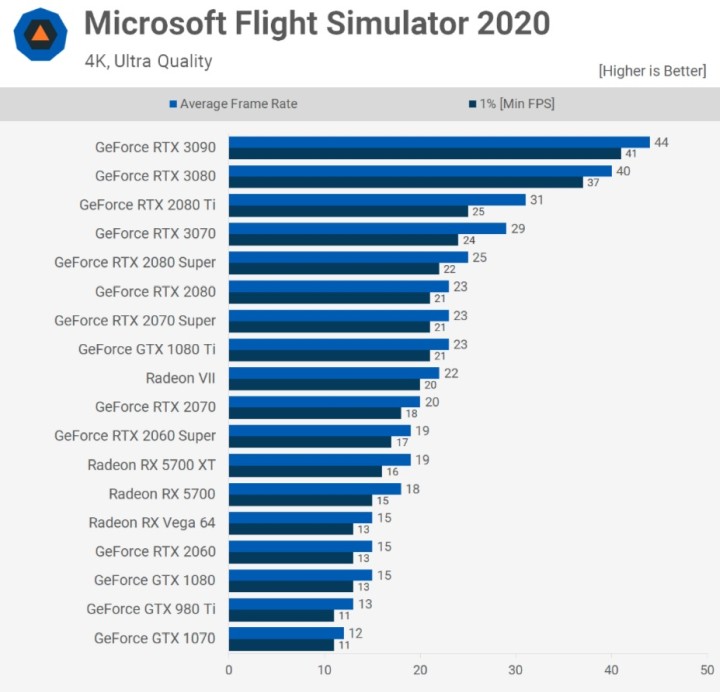 The GeForce RTX 3070 Founders Edition is everything we expected. It's a lower power card with a smaller footprint, and it basically trades blows with the previous generation king of the hill, the RTX 2080 Ti. Two years later, and $500 now potentially gets you the same performance as the old $1,200 GPUs. If there's one constant in the world of GPUs, it's the ever-increasing performance at any given price point. But we're in the midst of a lot of GPU stuff, and without seeing what AMD's Big Navi brings to the table, it's impossible to give a final verdict for the RTX 3070," reads Tom's Hardware's review. 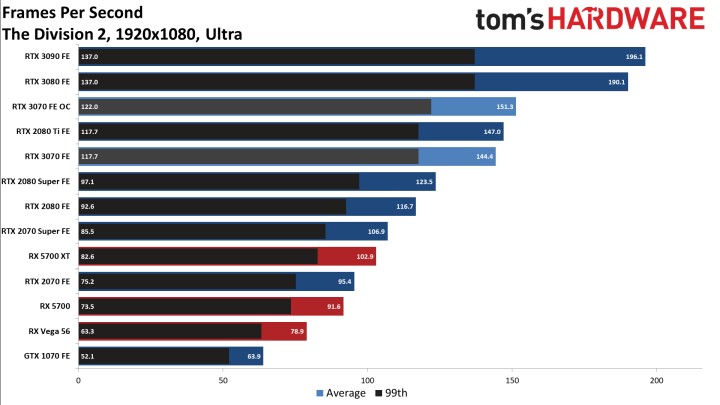 The Division 2 in 1080p and Ultra settings. Results in frames per second. More = better. Source: tomshardware.com. 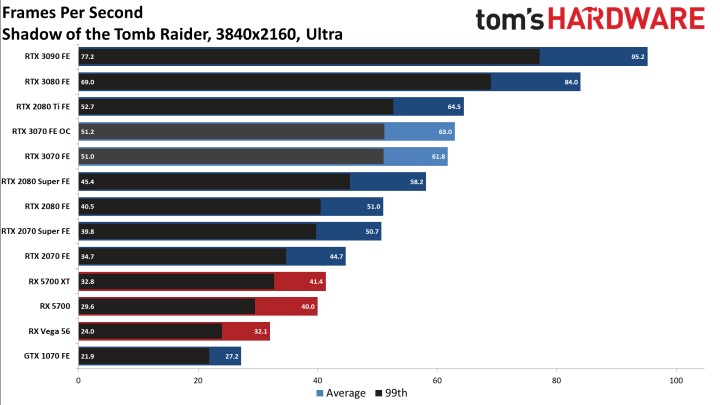 Shadow of the Tomb Raider in 4K and Ultra settings without RT. Results in frames per second. More = better. Source: tomshardware.com. 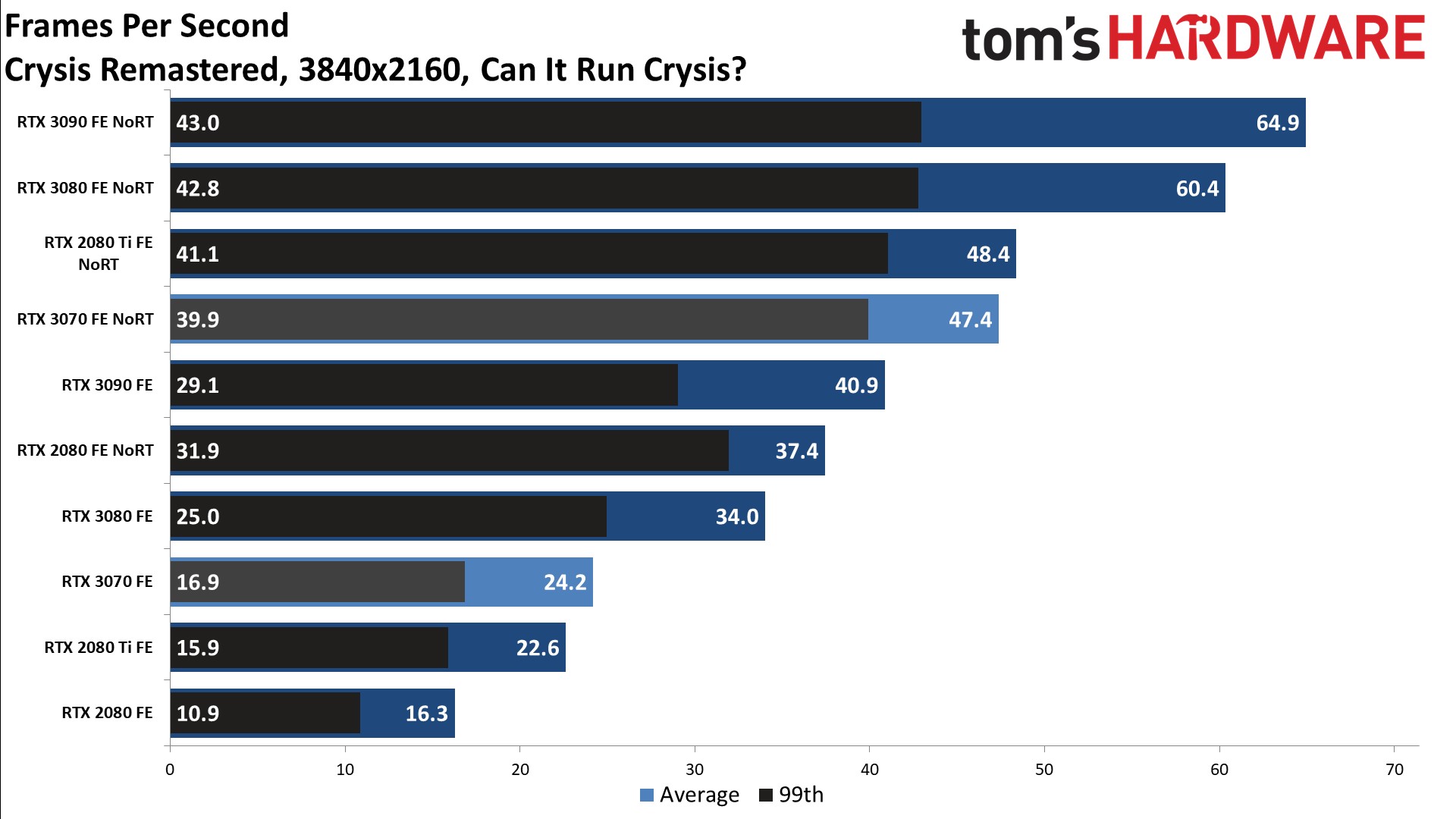 Crysis Remastered in 4K and Can It Run Crysis settings? with ray tracing on and off. Results in frames per second. More = better. Source: tomshardware.com.

Nvidia GeForce RTX 3070 was to offer GeForce RTX 2080 Ti performance for less than half the price on the day of release. In fact, loud announcements from Nvidia were confirmed. We have received a card that is - on average - faster than the aforementioned top-shelf Turing model - not only after switching on ray tracing. Only in some game GeForce RTX 3070 fares get a bit worse. However, there is no shortage of titles in which it leaves RTX 2080 Ti in the dust (e.g. Doom Eternal) and this trend will continue in upcoming productions, which will better benefit from the new Ampere architecture. In 4K resolution, which is also reasonably supported, a bit of VRAM may be missing in the future (after all, it has "only" 8 GB, which is 3 GB less than RTX 2080 Ti). So it is a card recommended primarily for 1440p and that's where it works. 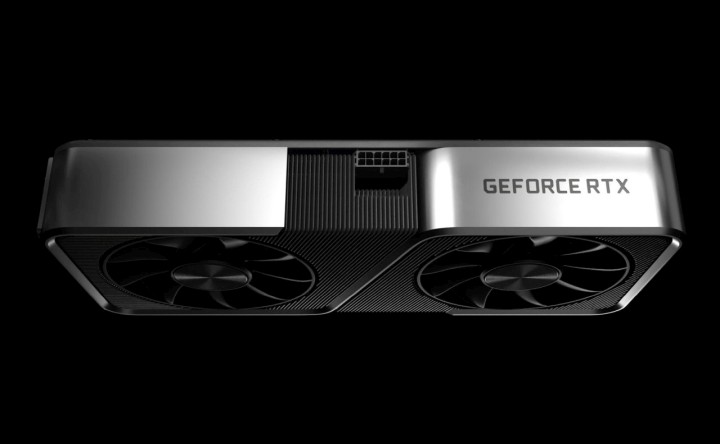 Small, but the force is strong! RTX 3070 has nothing to be ashamed of in terms of performance.

In addition, the power consumption, which was one of the main criticisms directed at the top designs of the RTX 3000 series, is not so terrible, because the reviewed model consumes only 220 W, i.e. 100 W less than RTX 3080. TDP is also lower than in RTX 2080 Ti. On the other hand, it is more than in the analogous models from the previous generation, i.e. RTX 2070 (175 W) and RTX 2070 SUPER (215 W). As in the case of more expensive models, ot has little overclocking capacity due to the set power limit. 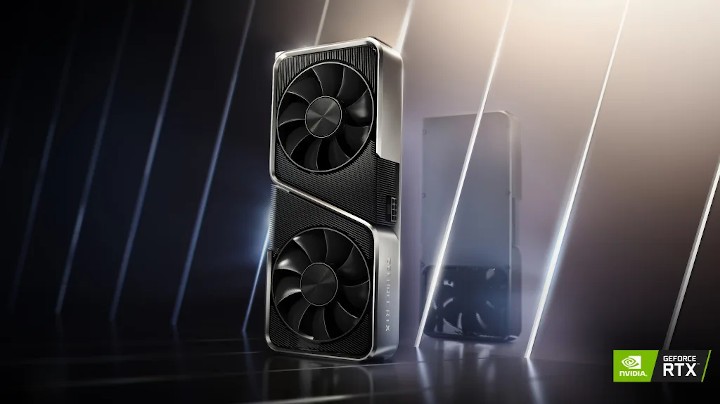 As one reviewer points out, it is also worth to wait for AMD's move, which will announce Radeons from RX 6000 series tomorrow. Only the results of benchmarks, which will appear in November, and prices of competing graphics cards will enable us to fully evaluate RTX 3070.