At the end of last month Ubisoft presented plans for the third year of For Honor support. According to the announcement, the first season will start on January 31, introducing the first of the four new characters to appear in this multiplayer TPP action game in the next twelve months. The said character is Vortiger the Black Prior, a heavy Knight equipped with a long sword and a large shield. On the day of his debut he will be made available for free only to year 3 season pass owners. The rest will be able to unlock him for 15 thousand Steel from February 7. 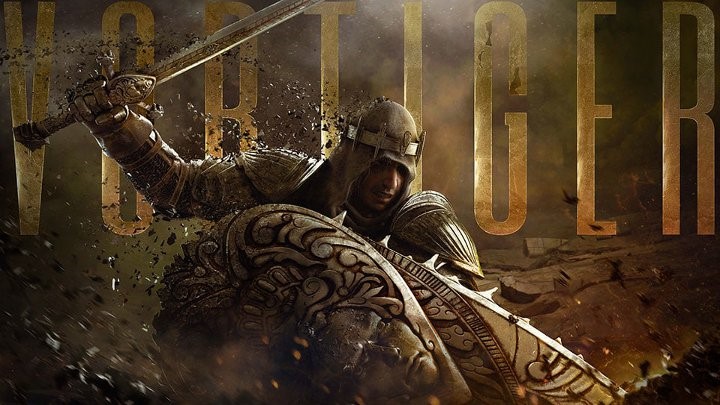 Vortiger the Black Prior is here to kill heretics and recite sermons. And hes all out of sermons.

The new hero was once a knight of the Order of St. Balaur. The warriors were deceived by Apollyon with a promise of power and the order scattered across the world with her defeat. Now they are returning, as we can see in the following trailer:

On January 31, the game will also introduce a new map in the Dominance mode, called Harbour. It will be located in a port town on the shores of Lake Eitrivatnen, where the members of the Order once helped the Knights to repel their enemies. The map will be made available for free to all players. 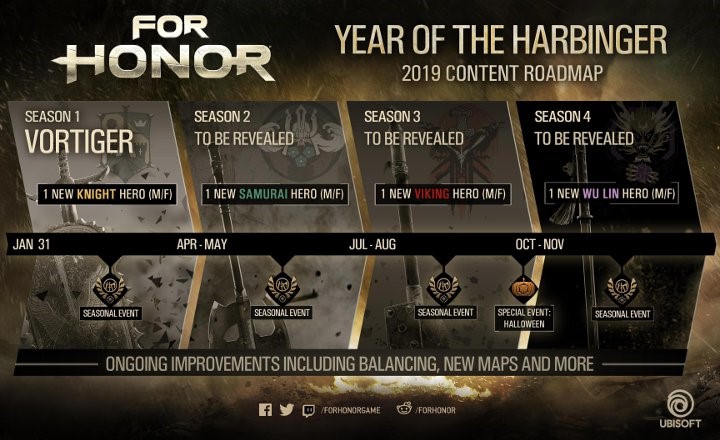 Year 3 of For Honor support will give us 4 new heroes in total.

These are not all the surprises that await players in the first season of the Year of the Harbinger, as the developers dubbed the new year. Three old heroes  Samurai Shugoki, Viking Dróttin and Knight Arbitrator  will be overhauled as well. More information about the planned changes in the game will appear in a livestream, which will take place on January 24 at 9 AM PT / 6 PM CET on Twitch.

For Honor is developed by Blue Byte, and was released on PC, PlayStation 4 and Xbox One on February 14, 2017. The game had a rough start, but over time the players started to look at it a bit more favourably. Three months ago the sales number exceeded 15 million, which was undoubtedly influenced by the period during which the title was distributed for free.