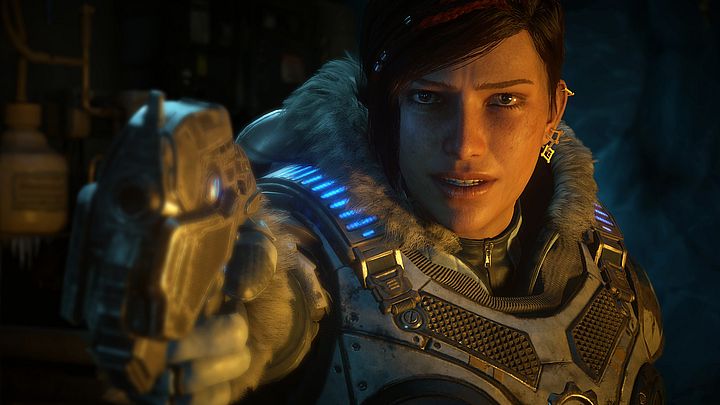 After a few rumors and speculations, we can finally be sure about one thing - Gears 5 will launch this fall. The information was confirmed by one of the huge billboards that traditionally surround the LA Convention Center, the place where the biggest player of the industry meet every year on E3. The bilboard confirms earlier reports and nobody will be surprised if the title will be released on PC and Xbox One on September 10 (as claimed by the leaks discovered a month ago by Generation Xbox). 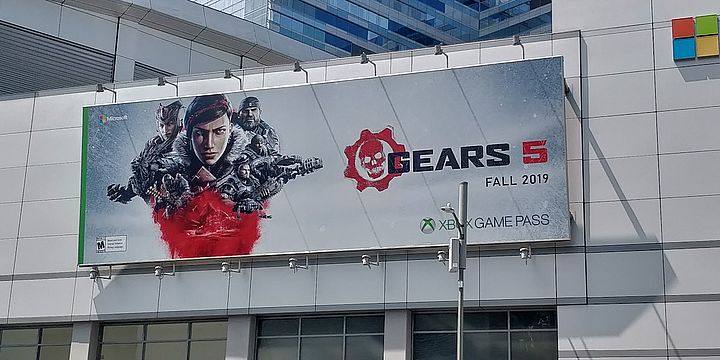 The announcement of the release date of Gears 5 and a bigger presentation are definitely the information that fans of the franchise were waiting for. Mainly because a year has passed since the announcement at the previous E3, and the players did not learn much about the title during this time. What can we expect from the new installment of the cycle? Fans would definitely enjoy an extensive story campaign, full of interesting characters and, of course, spectacular destruction. It would also be good to hear about the return of the Horde mode.

Microsoft's conference promises to be the most interesting event at E3 2019, which begins today. The Redmond Giant announced that it will present as many as 14 games from its dev teams, including, of course, Gears 5. However, we must remember that recently the publisher has definitely expanded its resources when it comes to studios. Microsoft owns inXile (Wasteland, The Bard's Tale), Obsidian Entertainment (Fallout: New Vegas, The Outer Worlds) and Turn 10 (Forza Motorsport).

A lot is also said about Microsoft's plans for a possible announcement of a new console and a new game, which is being developed by From Software and George R.R. Martin. Fans are also counting on the announcement of the next part of Fable. Will the expectations of the players be met? Let's not forget that most likely at the conference we will also see Cyberpunk 2077. The show will start on June 9 at 1 pm (PDT) / 4 pm (EDT). Schedule of all the events of this year's E3 can be found here.