Take-Two's investor meeting is over. We've learned that Rockstar is "still working on the new GTA, which will not be released this year". Well, it remains to be patient and wait.

It's been a while since we wrote about GTA 6 but it's quite likely that we will write a lot about it soon - maybe even more than we'd like to. For there are many indications that today we're going to find out the release date of Rockstar's upcoming game.

Where does this supposition come from? Today there will be a meeting of Take-Two investors, the parent company of Rockstar. A leak from the presentation suggests that it will be a landmark moment, followed by full announcement of GTA 6 and a release date for the game. 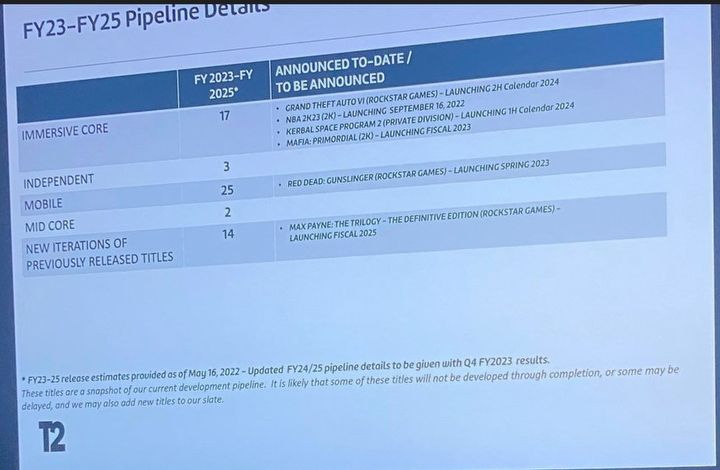 According to the leak the title would be released in 2024.But since this information is to be announced today, for now, let's not devote too much space to rumors.

It is worth noting, however, that the picture also shows two other potentially interesting games, namely Mafia: Primordial - probably the rumored Mafia 4, which appeared in recent leaks - as well as Max Payne: The Trilogy - The Definitive Edition. Let's just hope that the last set is not being developed by Grove Street Games, the crew responsible for remasters of classic GTA installments.

Ubisoft+ Will Hit PlayStation; Dozens of Games Coming to PS Plus

PS Plus in Detail; New Games in the Offer Revealed

This F2P Gem Will be Appreciated by Vampire Survivors Fans