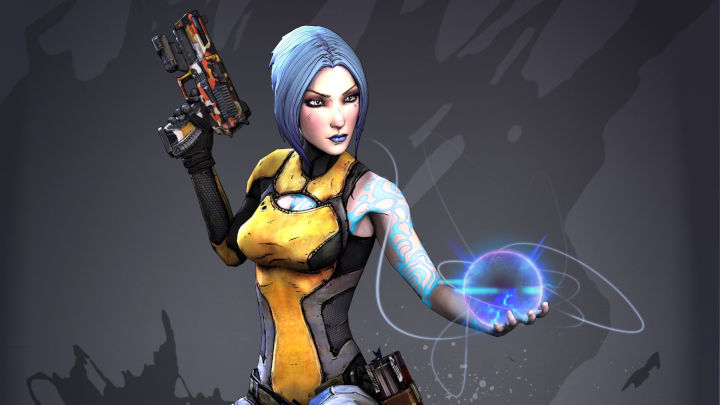 Maya was one of the playable characters in Borderlands 2.

Gearbox Software will organize a special panel at the PAX East convention, which will take place in Boston on March 28-31, 2019. The event will take place on the first day of the event and will bring announcements of studio's new projects.

On Tuesday, the company uploaded a picture showing a road sign with the date of March 28, and the inscription "Boston, MA" to its Twitter account. The graphic featured the cartoonish style characteristic for the Borderlands series, which was perceived by fans of the series as a sign that the third installment will be officially announced on PAX East. The next day the company uploaded another photo on Twitter, which suggested that in addition to the new part of the cult shooter, the studio will announce one more, completely new title.

The description of the graphic suggests that we are dealing with a preview of the next game (the same applies to the earlier entry). In the picture, however, we see a pixeled character who looks quite like Maya - one of the main protagonists of Borderlands 2. We have already received one announcement related to this series (tweet with the roadsign), so what can the next one mean?

Fans speculate that it could be about porting Borderlands 2 to the Nintendo Switch console, or a new spin off to either Borderlands: The Pre-Sequel! or Tales from the Borderlands. It is possible, however, that the entry concerns Maya's appearance in the third part installment - the first tweet could have been only a preview of the panel, and not a suggestion about what games we should expect from it. Whatever it may be, we will learn the truth in less than two weeks' time, on March 28.