Minecraft fans are constantly impressing Internet users with huge, complicated, or otherwise amazing projects. The players have even managed to create a PC with the original Doom installed in the game world. However, sometimes "uncomplicated" constructions, i.e. those that do not require weeks, months or even years of work, experimentation and planning, also gain recognition. These include the work of Reddit user TheBestTomatoKing, who recreated the entire first level from the original Super Mario Bros.

The internet user spent 4-5 days on Xbox to place all the objects known from level 1-1 on the "board". This includes goombas, koopas and power-ups, but also a secret passage to the underground part of the level. Unfortunately, the whole thing is static and as such does not enable us to complete the level on our own as Mario. Nevertheless, TheBestTomatoKing made sure that Nintendo's mascot is present in several places, whether chasing the red mushroom or stepping on one of the enemies. The creator also included the theme accompanying the picking up of a bonus life, although he had to correct the last note after the publication of the recording presenting the construction. 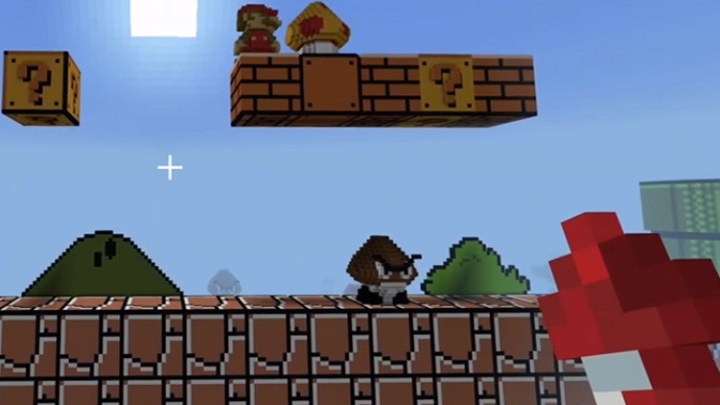 There are also such projects. Source: TheBestTomatoKing on Reddit.

TheBestTomatoKing was using the console edition of Minecraft and thus did not have access to mods or other programs often used by PC players. Nonetheless, the user made his work much easier by using command blocks and structures to store and replay saved patterns. He is also not the first player who decided to enrich his world in Minecraft with levels from the iconic Mario game in one form or another. Nevertheless, his work has won him the respect of Internet users, especially since the creator is thinking about continuing his work and reconstructing the remaining 31 levels of Super Mario Bros.