Among Us is an absolute hit of recent weeks, which we have already written about many times. Recently we received another proof of the huge popularity of this online game from InnerSloth. All the licensed merchandise from the game has already sold out in the official store. It happened just over a month after it appeared on the market.

So if you were going to buy a plushie or a T-shirt from Among Us and you failed to do it by now, you will have to wait a bit. A new batch of t-shirts and gadgets will most likely not appear until Christmas. But there is also some good news. You see, InnerSloth has started cooperation with Dual Wield Studios, which is an intermediary between developers and independent people creating various video game-related products. Moreover, the team behind Among Us encourages artists to contact them individually if they would like to propose works for sale. Thanks to this movement, we can expect a larger selection of licensed collector's items in the future.

And what if you have placed orders before the stocks were sold out? If you have only purchased plush items, you should have them at home by now or you will receive them soon, as most have been shipped. The situation is worse with T-shirts. Due to the coronavirus pandemic, there have been problems with producing some of them. The team at InnerSloth is currently working on a solution. The missing T-shirts should be delivered between the end of October and mid-November. 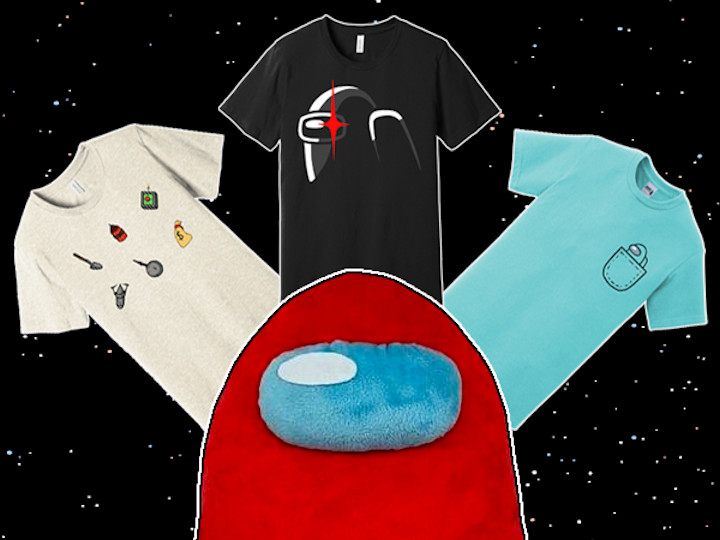 Official T-shirts and plushies from Among Us are very popular among players.

If you want to be up to date with the offer of the Among Us store, you can subscribe to the newsletter on this page. However, if you are interested in the game itself, we would like to remind that it is available on PC and mobile devices with Android and iOS. On phones and tablets, the title can be played for free, while on PC we have to pay for it ($4.99 on Steam).