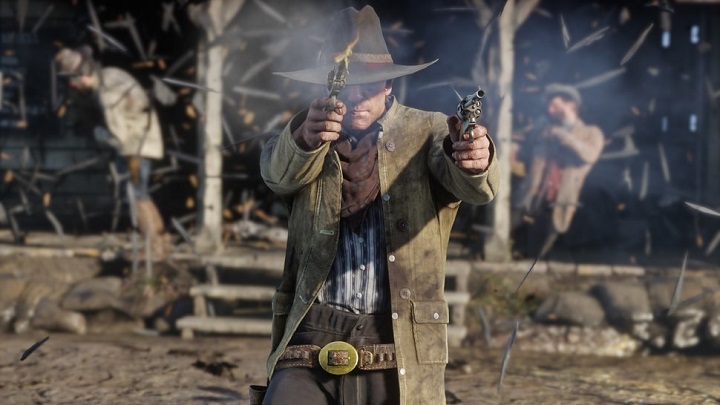 The number of rumors and leaks about the PC version of Red Dead Redemption 2 is constantly increasing, but we still haven't received any official confirmation that the game will actually hit platforms other than PlayStation 4 and Xbox One. This time the game was once again classified by an Australian are rating organization, which once again suggests that the debut of RDR 2 on PC is actually getting closer and closer.

Initially Rockstar Games tried to get a rating in Australia its mysterious project Bonaire, which according to all assumptions was just Red Dead Redemption 2 for PCs. It turned out, however, that the title was banned in this country, and then completely removed from the base for a simple reason - there is no video game called Bonaire.

Information on the removal of Bonaire from the Australian organization's database.

A week ago Rockstar once again tried to get a positive rating for Red Dead Redemption 2 for another platform (this time without hiding it under a mysterious name) and once again failed - the game was rejected by the Australian organization fpr the second time. Until yesterday, that is, because in now in the database, the rating has changed from unclassified to 15+.

It is also worth noting that the website already includes an age ratings for Red Dead Redemption 2 on PlayStation 4 and Xbox One. This only means that the one awarded yesterday was meant for a different platform. However, it is not yet clear what the said platform is, as this information is not in the database.

For those of you who might think that the database simply contained an error, we would like to remind that e.g. GTA V has three ratings on the Australian website - for PS4 and Xbox One, for PS3 and Xbox 360 and for PC.

Of course, this is still not an official confirmation that Red Dead Redemption 2 will live to see its PC version, but in fact, recently it can be assumed that Rockstar is planning to release it. It is even possible that it is for this reason that the company has prepared a new launcher, enabling PC users to run start the latest installment of this western series in a few months' time.

Launch and First Reviews of The Surge 2