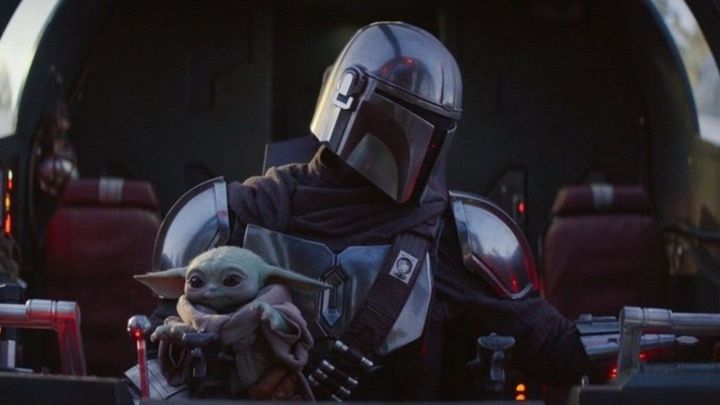 Disney managed to prepare a trailer for second season of The Mandalorian that satisfied the audience and reminded them why they liked the series so much - it's just Star Wars from a more intimate and original side. Some fans did not forget, however, that the creators promised show Boba Fett (in the upcoming episodes), the popular character from George Lucas' original trilogy, and decided to look for his traces in the latest trailer (via ScreenRant).

The action did not bring the desired results, because in none of the presented scenes - either in the background or in the close-up - can we see the legendary bounty hunter. Some people claim that he flashed in a short shot, on which someone with a jet pack and a helmet was moving on a racing drone, while the title Mandalorian has similar equipment.

But let's move from the realm of theories to the realm of pure facts, because these are really impressive. The Emmy Awards gala is now underway, an event that awards the best TV shows of the year in many different categories. The Mandalorian can boast five statuettes (out of 15 nominations):

The second season of The Mandalorian is just around the corner. The first episode will debut on October 30, 2020 on the Disney+ platform . Work on the third season of Din Djarin's adventures was also confirmed.