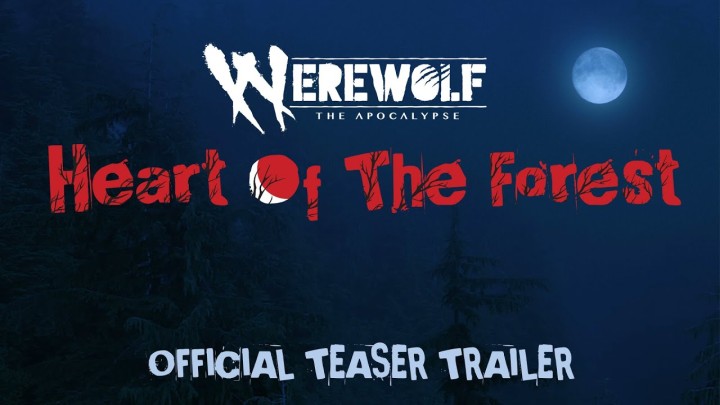 Fans of World of Darkness and werewolves will get another game.

During the Future Games Show, Werewolf: The Apocalypse - Heart of the Forest, another game set in the World of Darkness universe, was announced. Unfortunately, no details were disclosed for now - these will be released in July, when we will learn the outline of the plot and game mechanics. The official announcement of the publisher, Walkabout Games, revealed that the title is to adopt a similar style as the previous game of Different Tales, and we may be dealing with a text adventure. Along with the announcement, we've seen the first, little speaking teaser, which can be watched below.

Werewolf: The Apocalypse - Heart of the Forest is developed by the Polish studio Different Tales, founded in 2018 by Artur Ganszyniec and Jacek Brzezinski. They have previously worked on such games as Call of Juarez: The Cartel or the first two installments of The Witcher series. Piotr Gnyp, former editor-in-chief of Polygamy, is responsible for the marketing. Last year, they released their debut game under the aegis of Different Tales, Wanderlust Travel Stories, which gathered positive ratings from the players both on Metacritic (average rating of PC version is 79%) and Steam.

Release date of Werewolf: The Apocalypse - Heart of the Forest has not been revealed, but is likely to be released this or next year. We also don't know the target hardware platforms, but the game should be coming to PC, Nintendo Switch and mobile devices. We would like to remind that another game with werewolves may also launch this year: Werewolf: The Apocalypse - Earthblood.