Project Titan is the second approach to the MMO genre of American company Blizzard Entertainment. The creators of the cult World of Warcraft this time take us to an unusual version of Earth, where the myths and legends of ancient Greeks, Romans and Vikings mix with time travel.

A free-to-play fishing MMO game from German studio gameXcite Publishing. World of Fishing offers an astounding number of 30 fisheries from all around the world and 360 species of fish, each with its own AI and requiring not only correct equipment, but also choosing a proper fishing technique. We start as always with close to no reputation and rather modest equipment, proceeding to gather experience, unlock skills and new areas with different kinds of fish.

Minimum is a network shooter by TimeGate Studios team. The game is characterized by minimalistic graphic design, and most of the objects consist of simple, monochromatic solids. Production is based on a free model with micropayments.

Network races realized in the MMO convention. The game offers four cities with open structure and different decoration. Winning competitions fill our account with money, which we spend on buying new cars and improving existing ones. Graphic design successfully uses target-shading, which gives the whole a unique cartoon character. 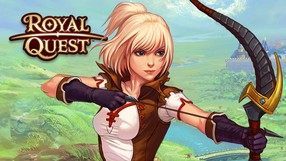 Royal Quest is a MMORPG created by Russian studio Katauri Interactive. Players play the role of daredevils who respond to the call of the ruler of the magical land called Aura and are ready to fight against a powerful alchemist who wants to gain an unlimited mineral - Elanium. Fame, titles and wealth await brave defenders.

A browser strategy in the world known from the legendary Ultima cRPG series. Players take on the role of lords, who build a kingdom and fight for power. We must take care of the economy, collect raw materials, construct defensive structures, as well as gather armies and wage wars. The whole is based on a free model with micropayments.

Free MMORPG production focused on martial arts. The game is set in the atmosphere of Asian fantasy, and players play as warriors of one of the three factions. The whole is based on a free model with micropayments. 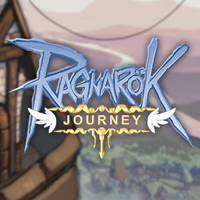 A web-based MMO strategy game set in the universe of the popular fantasy series, developed with Facebook users in mind. The game uses heavily simplified mechanics of Might & Magic: Heroes Kingdoms and serves as an introduction to its more complex gameplay. Might & Magic: Heroes Battles focuses on quick battles between friends and randomly chosen players. You choose one of the 4 available factions, get your own castle and an army — a small one for starters.

On September 22nd 2004 the official game servers were shut down and the development works were completed. Take part in a great epic adventure that takes place during the Great War between the inhabitants of our Solar System.

Free production of MMOs in the genre of racing games, based on microtransactions. The game world consists of several cities in which we can perform missions based on races of heavily tuned cars. Over time, our character gains more and more virtual cash and experience in order to be able to buy more cars and improve their machines.