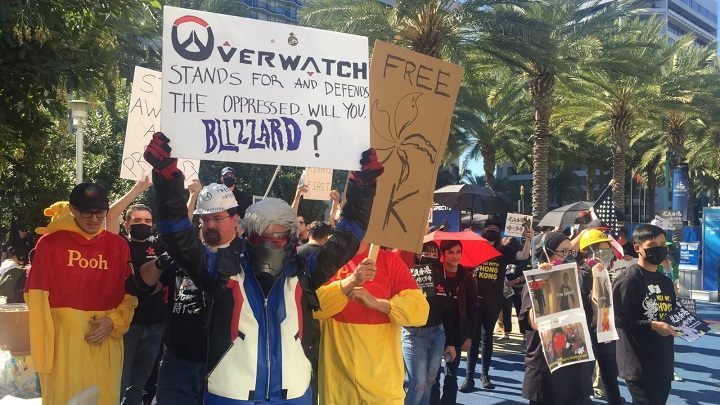 It seems that nobody would be convinced that Blizzard's apology for the infamous affair with Hong Kong in the background would be enough to completely sweep the matter under the rug. Certainly, the community gathered around ProtestBlizzcon on Reddit, whose members had been announcing their appearance in front of Anaheim Convention Center for weeks, which they confirmed just before the event. Indeed, those passing the main building of BlizzCon 2019 could see a group of protestors clearly showing what they think about Blizzard's approach to the matter of a certain Hong Kong player. Among those present were both video game fans and those who were not interested in them, but were outraged by the publisher's actions. Many participants stressed their dissatisfaction using cosplay, whether as one of the heroes of Overwatch or as Winnie the Pooh with the face of Chinese President Xi Jinping. There was also a truck with an LED screen displaying democratic slogans.

According to PC Gamer, the protest has made its way into BlizzCon itself. After J. Allen Brack's apology, about 50 participants left their seats after the Hearthstone panel started. However, both the event itself and the demonstrations are calm, and the police - although on the spot - do not show much interest with the in fact modest group of protesters (previous reports say that there are no more than 50 people). This is partly due to the attitude of Blizzard, who allowed its staff to speak openly about the Hong Kong affair. One of the representatives even went so far as to say that the creators employed in the company may join the demonstrators. A journalist from Kotaku also spotted a few individuals from Blizzard's team, openly distributing snacks and drinks among the protestors.

As you can easily guess, the main reason for the protests is the affair surrounding Chung "blitzchung" Ng Wai's suspension, after he called for the liberation of Hong Kong in the final of the Hearthstone tournament. Many demonstrators stressed that they had not been too interested in the situation in China so far, but that the blitzchung affair had brought this matter to their attention. It is only a pity that it also attracted groups of pseudo-activists more interested in memes or spreading a culture of hatred than human rights who, as one of the protesters at the Anaheim Convention Center (via Kotaku) said, were very surprised when their approach did not meet with the approval of the r/Protest Blizzcon community and the Discord group called Fight for the Future (one of the organizers of the protests). There were also people who extended their discontent to Blizzard's other actions, such as the announcement of the mobile Diablo Immortal instead of the much anticipated Diablo IV a year ago and the recent censorship of eight old cards in Hearthstone. 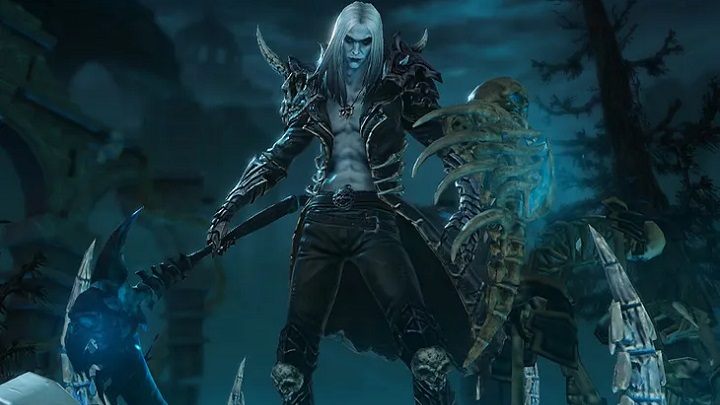 The situation in Hong Kong is nothing new. After returning to the People's Republic of China, the city was to retain its autonomy until 2047. However, already in 2012 Xi Jinping started to interfere more and more in the affairs of the metropolis, which caused sharp protests of the inhabitants. These became particularly active at the beginning of 2019, when a law was promulgated to allow the extradition of Hong Kong citizens by the Chinese authorities. At the beginning of June, two out of city's seven million people took to the streets. The cancellation of the bill did not help and peaceful marches took place even in early October, quickly, however, they turned into clashes with the police.