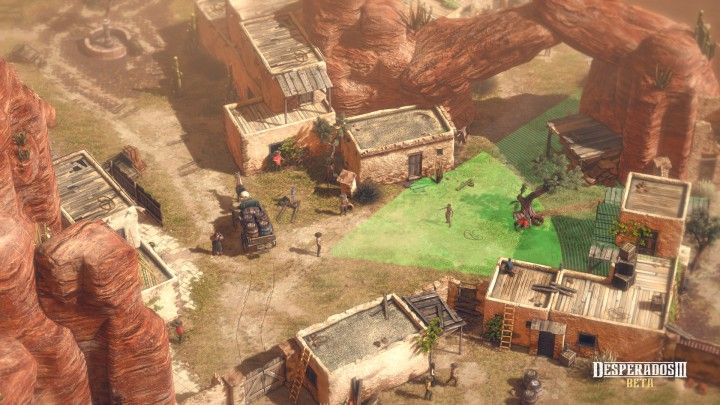 Desperados III will return to its roots and follows the artistic choices of the first installment.

Desperados 3, a real-time tactical strategy game from Mimimi Games, the creators of Shadow Tactics: Blades of the Shogun, was originally supposed to launch last year, but it was delayed a few months ago. Although we had the chance to takepart in closed beta-tests in July 2019, the development continues and we will have to wait a bit longer for the full version. THQ Nordic informed in their latest entry on Steam that the title will come out in summer 2020. Unfortunately, the publisher did not give us an exact release date. A new trailer has been released, introducing Doc McCoy, which you can watch below.

Doc McCoy made his debut in the first part of the series in 2001, playing the role of an alchemist in John Cooper's gang, and he will also be present in the new installment. It's a character known to every fan of the franchise. In his youth, he spent years studying medicine in England, and after arriving in America he was forced to fight during the Civil War, until he eventually became a bounty hunter without asking too many questions. This is another trailer, after Isabelle Moreau, presentiing the skills of a particular character, so we can probably expect more of them before game's release.

Desperados III is coming to PC, PlayStation 4 and Xbox One.