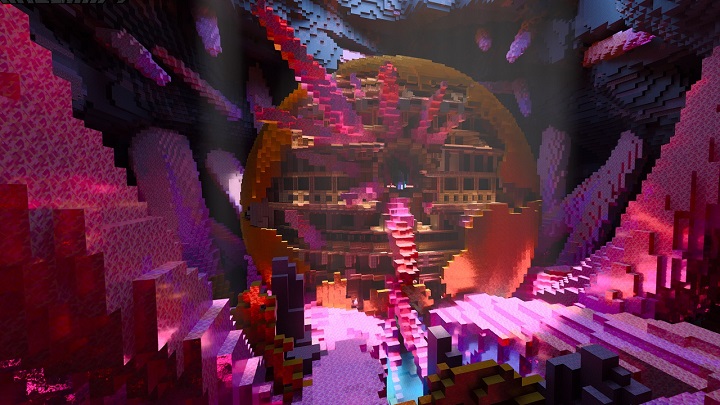 Minecraft RTX has been enriched with new worlds.

Minecraft is definitely not the first game that comes to mind in the context of ray tracing. However, it is the production of Mojang Studio that is the next game (after Cyberpunk 2077) to receive a trailer showing the benefits of RTX technology. The video presents one of the two new worlds released as part of Minecraft RTX: Pioneers Portal beta tests, on going since April. We have posted the trailer below.

In addition, Nvidia has launched a page that enables usto check one of the new locations with ray tracing on and off. The company has also posted a video showing Fins n' Flippers, the second of the worlds added this month. Beta participants can download both of them for free via the Minecraft marketplace. The developer's official blog also reads about Minecraft RTX improvements, including support for the content from the latest update (marked 1.16). However, we still don't know when to expect the full release of this upgraded version.