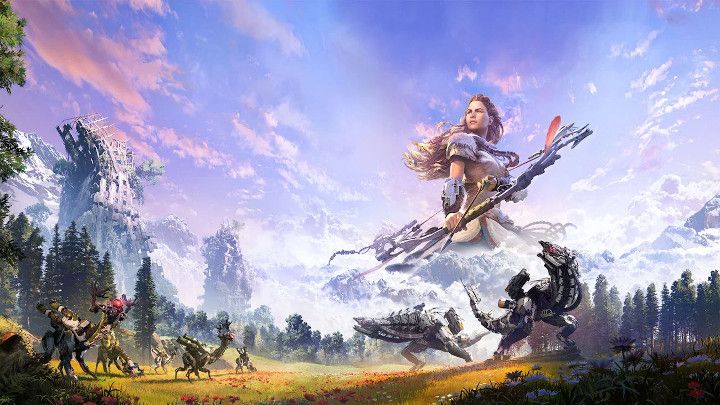 Is the announcement of Horizon: Zero Dawn on PC just a matter of time?

The rumors that Horizon: Zero Dawn - the action-adventure game with RPG elements from the creators of the Killzone series - can come out on PC have been heard since last year. Plans to port one of the biggest PlayStation 4 hits were suggested by Jason Schreier, a journalist at Kotaku, who is usually very well informed and his reports often come true. The launch of Horizon: Zero Dawn on PC may be confirmed soon, as the game has just been offered in the French branch of Amazon.

The product card does not bring too much information except that the publisher of the PC version of the game from Guerrilla Games is to be Sony. Unfortunately, it also does not bring any approximate release date. According to unofficial reports, Horizon: Zero Dawn, most likely as complete edition, would be released on PC in early 2020. We would like to remind that the game will celebrate its third anniversary soon, so it would be an ideal time to announce such a release if it's actually in Sony's plans.

Horizon: Zero Dawn was released on February 28 2017 as a PlayStation 4 exclusive. The game was appreciated not only by gamers but also by critics (average rating on Metacritic is 89%). It is also one of the most popular console productions of the current generation and has sold more than 10 million copies. According to recent reports Horizon: Zero Dawn would mark the beginning of Sony releasing its games on PC.