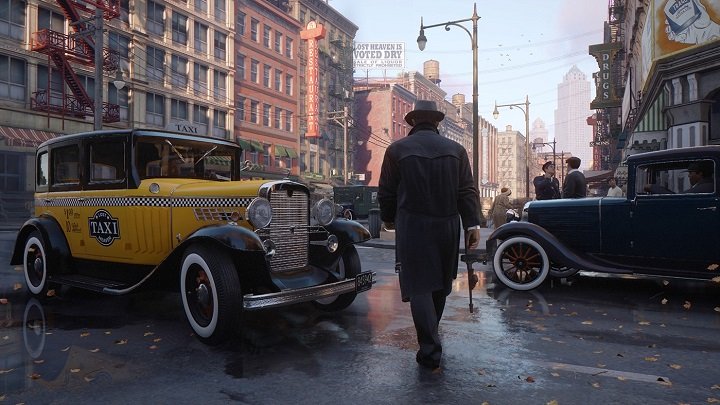 Not only the visuals will change.
Mafia 1 Remake is, among others:

Yesterday, Mafia II: Definitive Edition and Mafia III: Definitive Edition launched on the market. However, the fans of the series are waiting the most for Mafia: Definitive Edition, because it will be the only remake in the set. The official website of the project has just published an article, thanks to which we found out that the game will offer not only improved graphics, but also a lot of new content compared to the original from 2002.

The world in Mafia: Definitive Edition will be larger than in the original. The storyline will also be expanded, with some threads and characters, which originally played a small role, getting more screen time and details. The list of available vehicles will be expanded with motorcycles. In addition, the players will be able to pick up collectibles.

These are not the only attractions that await the players. We will learn more of them on June 6 this year at the PC Gaming Show, during which we will also see the gameplay from Mafia: Definitive Edition.

As a reminder, the game will be released on August 28 on PC, Xbox One and PlayStation 4. The game will be available for purchase separately or in a cheaper Mafia: Trilogy set, which also includes Mafia II: Definitive Edition and Mafia III: Definitive Edition. If we buy the collection now, the new versions of the second and third part of the series can be played any time.

Those who buy Mafia: Definitive Edition before the release will be rewarded with a set of virtual in-game items, including the Smith V12 limousine, additional cosmetic items, a gold skin for the semi-automatic pistol, and a Don costume.

New RPG From InXile Entertainment Will Run on Unreal Engine 5