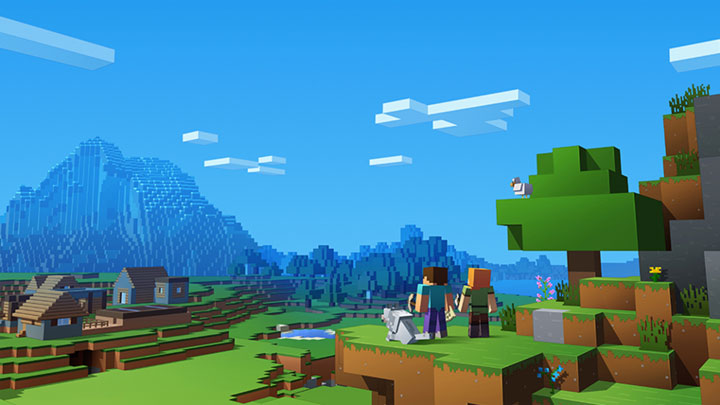 Microsoft certainly does not regret spending $2.5 billion on Minecraft and Mojang in 2014.

May 17, this year, marked ten years since the first version of Minecraft debuted on the TIGSource forum. Despite being a decate old, the production did not lose any popularity. On the contrary, it is currently experiencing its best period. Microsoft has just boasted that more than 112 million people play Minecraft every month.

This number makes the game a real giant, beating even Roblox (100 million users per month) or Fortnite, whose record is 78.3 million. Minecraft's result is all the more impressive as Microsoft boasted 91 million active users per month in October. Such an increase in ten years is a real phenomenon. Microsoft undoubtedly does not regret that it spent $2.5 billion on the purchase of the IP along with the Mojang studio in 2014.

Minecraft's sales exceeded 180 million copies. In addition, there is a free-to-play version of the game available in China, which has over 200 million registered users. It is worth mentioning that in the recently published report on the August results of the American gaming market, it was stated that Mojang's game was the second largest bestseller of the month in terms of revenues, being ahead of only the latest installment of the Madden NFL series.

The full version of the game debuted on the PC in November 2011. Also in 2011 we saw mobile releases for iOS and Android. Xbox 360 owners joined in 2012, and PlayStation 4 users in 2013. Another year saw the release of Xbox One, PlayStation Vita, PlayStation 4 and Windows Phone versions. In 2015 we saw the version for Windows 10 and Wii U, and in 2016 for Apple TV and Amazon Fire TV. In 2017, the Nintendo Switch and Nintendo 3DS editions were launched. It is worth mentioning that the original version of the game, called Minecraft Classic, is available for free in web browsers.