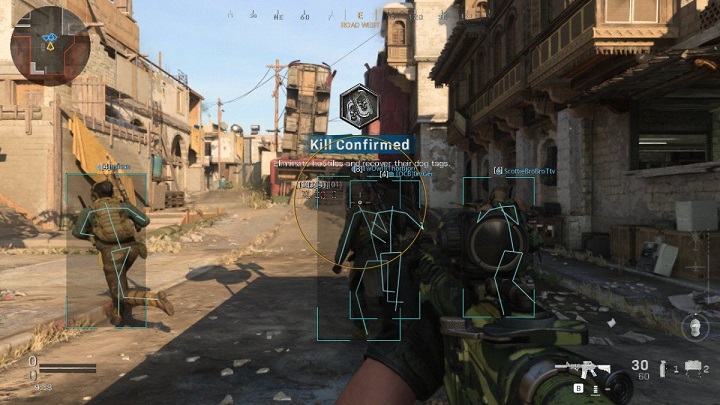 Example of hacks used in Call of Duty: Moder Warfare.

Anyone who plays online video games is surely aware of what a nuisance cheaters can be. Playing against them is no fun at all, even though it's sometimes hard to tell whether the opponent is actually cheating or maybe they're just that much better than us. However, in the case of streamer TwitstedBear, who became famous a few days ago, there can be no doubt.

During his live Call of Duty: Modern Warfare broadcast, the player boasted of how good he is and how easy he is to beat his opponents. He probably wanted to attract as many new viewers as possible with his "A game" and gain popularity on Twitch. Unfortunately, at one point he forgot to turn off the visibility of the cheatprogram on the stream (showing the position of enemies on the map), so the whole audience saw him cheating live.

His behavior was quickly noticed (and heavily criticized) by Reddit users, and immediately after that TwitstedBear was banned on Twitch. Streamer's "career" ended at his own request. For the time being, it's not known if his in-game account will also be banned, although it can be assumed that if the case reaches the developers at Infinity Ward, that's most likely to happen.

Many of you are probably enjoying the fact that the streamer has dug his own grave in such a stupid way (and you are not alone in it). Fortunately, he was quickly punished and the Internet users destroyed him in the comments. This does not change the fact that developers of online games are still struggling with the problem of cheaters in their games. Recently, Valve has been testing new solutions to help in battle against cheaters in CS:GO, and Riot Games has reached for the controversial proprietary security app, running on kernel level in Valorant. Unfortunately, no idea has yet proved 100% effective, and cheaters have already become the norm in most of this type of games.