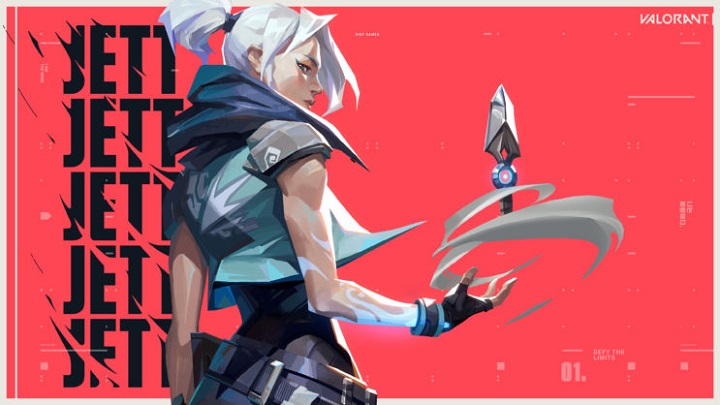 For some time now, Valorant's players have been complaining about poorly designed hitboxes. Many of them have noticed that in the case of one of the characters - Jett - bullets, which should be recorded as body hits, are recorded as headshots. One Reddit user decided to investigate in the matter and posted a video proving how unusual the hitboxes in Valorant are.

You can see an exact representation of this situation in the two screenshots below. The first one shows where the player is aiming. Their crosshair is placed near the opponent's arm. On the second one, after the shot, you can see that the shot landed on the head, as evidenced by the characteristic blood splatter and information in the upper right corner of the screen. This is most likely due to the fact that the developers wanted every character (regardless of the model visible in the game) to have identical hitboxes, which unfortunately introduces a lot of inaccuracies.

What's more, many players also complain about situations in which body hits are registered, even though the only visible part of the opponent's model is the head. Strange recoil of some weapons was also a hot topic for some time. These do not have a fixed path to learn and compensate for the movement with the mouse. When shooting full-auto in Valorant only the first few bullets will always land in the same place. The following ones are quite random, which can cause frustration during some battles.

Valorant has been in a closed beta since April 7. At first, the controversial way of granting access to the tests attracted a huge number of viewers on Twitch. The game also caused a lot of confusion due to its anti-cheat protection. The players also demand a variety of changes and the addition of new elements to the title.