Budget proposal of Realore Studios development studio, artists such as Tiny Cars or Turtle Odyssey. This time we are dealing with a game for a bit older users - based on the great potential of old wheeled, brutal car races in the classic Deathtrack style or a bit newer Death Rally.

Smash Cars are skill races of remote-controlled off-road car models, held in wilderness and difficult terrain. The routes of individual rallies are full of obstacles in the form of rocks, houses or people, and players have a lot of freedom in choosing shortcuts. Developers from Creat studio took care of, among other things, modification options for terrain tiles, realistic model of destruction and several variants of single- and multiplayer gameplay. The game is also known as R.C. Cars.

Find out how hard it is for taxi drivers to drive passengers on the crowded streets of a big city, where all road rules and regulations cease to apply in the fight for the customer.

Manhattan Chase is a low-budget production that combines action game elements with car racing, so the assumptions are similar to the well-known Grand Theft Auto series.

An enhanced edition of Race Driver: GRID - a game developed by Codemasters and released in 2008. The enhanced edition was created specifically for console users. The game does not bring any changes to the visuals or gameplay mechanics of the original product. An extensive career mode plays the main part here - the player participates in races taking place on the streets of American cities, races against opponents on tracks located in Europe and competes on Japanese roads in the drifting mode.

Hot beaches, sand, sun, sexy women, four crazy guys who want to impress them and their vehicles - these words 100% reflect what we can experience with Beach King Stunt Racer.

Micro Madness is a powerful arcade racing game. Conceptually, the design resembles titles such as Re-Volt and Micro Machines.

An independent retro racing game, paying tribute to the classic, 80s' arcade representatives of the genre. Drift Stage was inspired by such games as Super Hang-On, Daytona USA or Outrun 2006. The player participates in racing events emphasizing showy drifting. The game offers various licensed cars from the end of the 20th century. The player races on urban tracks or coastal promenades, for example.

Racing game with arcade style gameplay, created on behalf of GameTop company. The story shows a postapocalyptic vision of the future, in which one of the few entertainments of people are races of armed cars on the streets of deserted cities. Production is distributed free of charge in digital distribution.

Big Rigs: Over the Road Racing

Big Rigs: Over the Road Racing is a race title in which we use giant 18-wheeled trucks to compete. The assumption is this: we play the role of a truck driver, whose task is to transport the cargo to the indicated address faster than the competition will do. 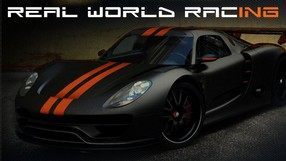 Real World Racing is a racing game referring to classic arcade cars with a bird's eye view. Players have the opportunity to take part in the spectacular struggle of drivers competing on the twisted routes marked out on the basis of authentic satellite maps of the largest European metropolises (including Rome, Berlin and London). 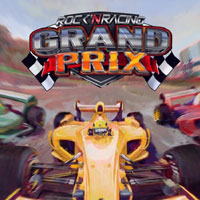 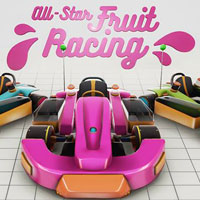 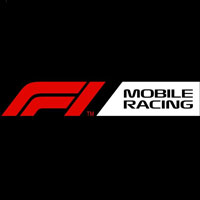 A flight simulator based on the official license of Red Bull Air Race World Series, developed by Slightly Mad Studios. The famed tournament sees each pilot make a timed approach to a stunt course built from narrow checkpoints. The pilots use high-performance stunt planes such as Zivko Edge 540, MXR Technologies MX2, CAP 232 or Extra 300. 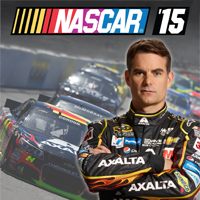 Another installment in a popular series of racing games developed by Eutechnyx Software. One of the strengths of the game is the fact that it benefits from the license of the National Association for Stock Car Auto Racing. Thanks to that, the player competes against representations of real drivers, controlling real-life cars. The career mode constitutes the core of the experience. The player takes on the role of a beginner and competes for victory in Sprint Cup Series. 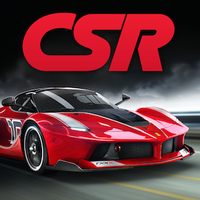 Superbike Racing is a simulation of motorcycle racing produced by IncaGold's development team. Players participate in an exciting rivalry of motorcyclists on 9 race tracks, and also have the opportunity to change the technical parameters of the machine and adjust the level of difficulty of the game to their own skills.

Initial D: Extreme Stage is the next installment of car races based on manga by Shuichi Shigeno. Before the title was released on the PS3 console, it had previously appeared on coin-op machines.

Offroad is a racing game produced by Rage Software development studio, addressed to lovers of spectacular driving on the wilderness. Players have the opportunity to sit behind the wheel of sixteen four-wheel-drive cars and take part in exciting rallies on sand, mud and gravel. The creators have prepared several variants of fun, including a multiplayer online mode in which 6 people can participate.

Car racing based on the cult film "The Italian Job", where we move to the 70's and play the role of Charlie Croker, who soon after leaving prison decides to return to his "profession".

Super-Bikes: Riding Challenge is a racing game created by the Milestone development team. The creators focused on realism, both the appearance of motorcycles and their behaviour on the road. Players can try their hand at riding 41 faithfully reproduced machines, including Ducati 749R, Kawasaki Z750S, Yamaha FZ6, MV Augusta F4 and Honda Hornet.

The second edition of the excellent Moto Racer motorcycle racing, allowing you to participate in the championships held in five different regions of the world on two types of machines.

A Formula One racing simulator developed by Ubi Soft. The developers' assumption was to create a realistic Formula 1 racing simulator, so the production of the program was based on the experience of Renault F1, a team that won the Formula 1 World Championship five times in a row.