Frenzied off-road racing in off-road vehicles on dangerous wilderness. Sitting behind the wheel of a mechanical monster, we only have one task: to destroy the competition and try to get all the way to the finish line.

Futuristic races in which we become a driver of super fast vehicles armed with a variety of weapons. Stand with 20 tyres for a series of exciting and dangerous races.

"Hot Rod: Garage to Glory" is a continuation of "Hot Rod American Street Drag" published in 2003. The player again takes part in a series of drag races using heavily tuned cars and straight stretches of one mile in length.

The next installment of one of the iron sports series of Electronic Arts corporation. As the title suggests, the theme of this series are the popular NASCAR car races, which take place in closed circuits.

Another part of the famous and popular racing series published by Cryo. Players have the opportunity to race in the fantastic world with super-fast armed vehicles.

Another spin-off to the popular Burnout racing series. The game was created by EA's internal studio, specifically for owners of Sony consoles (PlayStation 2 and PlayStation Portable). As compared to the franchise's previous installments, Burnout Dominator is an unusual game, because it lacks one of the series' hallmarks, namely the Crash Mode, which never appeared before.

Rally game with WRC license. We sit behind the wheel of several rally cars and race against other drivers on time.

F1 2001 is a simulation of car racing produced by the British developer studio Electronic Arts, using the official FIA (Federation Internationale de l'Automobile) licence. As their favourite drivers, players have the opportunity to sit behind the wheel of carefully reproduced performance cars and take part in the 2001 Formula 1 World Championship series.

Console version of one of the most famous PeCet racers. You can choose from dozens of licensed rally cars, as well as a wide range of gameplay modes, including an extensive multiplayer for four people.

Jacked is an arcade game, the essence of which are crazy motorcycle duels. Speed and driving style are a secondary aspect of the struggle - the priority is to eliminate enemies as effectively as possible with a variety of firearms, grenades, fire extinguishers, Molotov cocktails or simply kicks.

Need for Russia 3 is the third part of the series of arcade car races, reminiscent of Soviet and Russian road legends. This time players have the opportunity to drive cars resembling Chevrolet Niva, GAZ Siber or £ada Kalina. Following the earlier editions of the series, developers from the K-Tech Development Team have prepared various routes and several modes of fun.

The next installment of the series, which allows us to steer a self-constructed go-kart and race it against computer or live opponents on routes constructed by players from all over the world. The title uses the advantages of the PS Vita console, such as the built-in gyroscope and touch panels.

Bug Mania is another racing game, using the engine Blitz 3D, well known to Polish players from the next installments of the series Maluch Racer and derivatives. 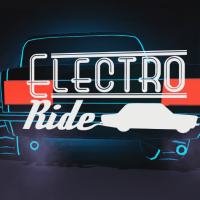 A racing game set in an alternative reality dominated by the Soviet Union. The production has an arcade driving model and is distinguished by a very spectacular graphic design, full of expressive, neon colours. Polish independent developer Sylwester Osik is responsible for its creation. 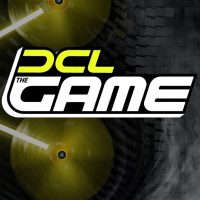 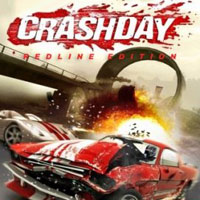 A refreshed and expanded version of 2006's Crashday, developed by the creators of the original version, the Moonbyte studio. The game offers twelve cars (urban vehicles, heavy off-road cars, and sport rides), and the player participates in insane and dynamic racing events taking place on 36 tracks filled with obstacles and jumps.

STCC The Game is a production dealing with the subject of car racing, in which a great emphasis is put on ensuring high realism of the game. SimBin development studio is responsible for the preparation of this game, known to fans of the genre for such series as RACE or GTR.

Crazy races, where at the start there are ten incredibly fancy and ridiculous creatures, each of which wants to win at any price.

Continuation of the Network Q RAC Rally is an extended simulator of the UK Rally. Driving 6 fully modifiable, licensed cars, we take part in 28 special sections, ensuring that the car is adapted to the driving conditions and appropriate repairs.