Today marks exactly eight years since CD Projekt RED revealed the title of Cyberpunk 2077. After all these years we still haven't got the game (although it's just around the corner - after all, there's only a month left until the release), but many other interesting things have happened.

The Witcher 3 conquered the world

Three years after the announcement of CP2077, the studio completed its previous game, namely The Witcher 3: Wild Hunt. The game turned out to be a real hit, which in some areas (e.g. dialogues or quality of side quests) still remains a benchmark of what a good RPG should look like for many users.

The Witcher 3 is one of the best-rated games on Metacritic, has won the highest number of awards in history (there were exactly 251 of them, which is a really impressive number) and enjoys an excellent reputation among the players - which can be seen from the overwhelmingly positive reviews on Steam.

Another thing worth noting is the high marketing efficiency that the company has acquired over the last eight years. The studio has conquered the hearts of the players by consistently rejecting excessive DRM measures, offering free DLCs and very attractive pricing of expansions (both Hearts of Stone and Blood and Wine were praised for this).

However, the real madness began only when the advertising of Cyberpunk 2077 began. Few people remember today that eight years ago the Cyberpunk franchise was mainly associated by dedicated fans of Mike Pondsmith's tabletop RPG system - Cyberpunk 2020 - on which the game is based. In the 90s of the last century it was one of the most popular games of this type. The term "cyberpunk", as such, did a little better, but it was also far from being called "mainstream", which is well illustrated by the financial failure of the (otherwise great) Blade Runner 2047 in the American box office. 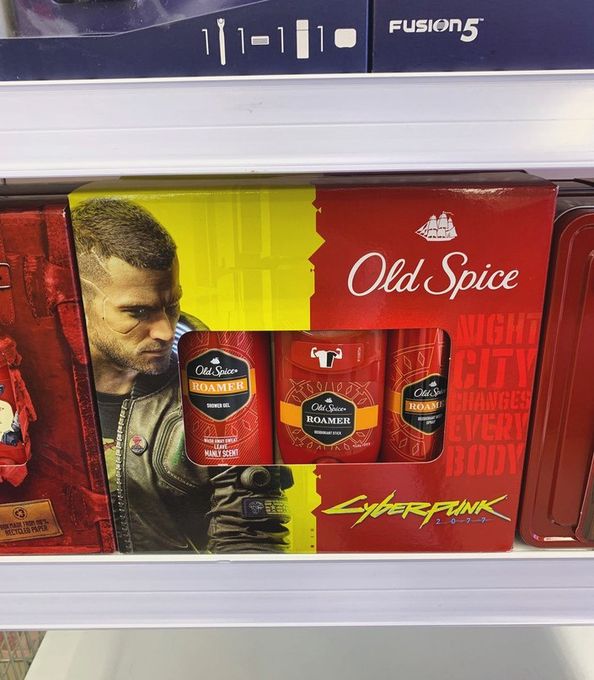 The smell of future, or possibly good marketing.

Nowadays, largely thanks to CP2077, this word is known even by people not connected with the game industry or hardcore science fiction. Being in fact a new brand, Cyberpunk 2077 occupies wishlistsfrom the very first moment it appeared on Steam. . You can also (or will soon be able to) buy a whole range of related gadgets and merchandise online - from smartphones to shower gels and deodorants, through energy drinks, shoes, to more typical things like consoles, comic books and figurines. I would like to refer here to a known saying about being afraid to open the fridge... the problem is that some of the items with CP2077 logo could actually be found inside.

Inviting Keanu Reeves, a star known for Matrix and John Wick, to cooperate on the game can be considered a kind of symbol of the aforementioned marketing efficiency. He is a character liked by science fiction fans and appreciated for his down-to-earth approach to life and a friendly attitude towards human beings in general. It's hard to say whether it was a coincidence or a result of a well-thought-out strategy, but CD Projekt scored a bullseye with this one - Keanu has been involved with CP2077 at the height of his fame.

The slogan "Wake the f*** up, Samurai" dropped at the end of the E3 2019 trailer made the players literally crazy, and the live performance on Microsoft's presentation - with the memorable, spontaneous "You're breathtaking" in response to a fan's compliment - was written and spoken about virtually everywhere, including the media not having much in common with video games on a daily basis.

However, not everything in recent years has been perfectly successful for CD Projekt, and reports of poor working conditions can serve as an example. Crunch is a topic that has returned several times in the context of the Polish company. The first time was in 2017 when problems with the development of The Witcher 3 came to light. Then, at the end of September 2020, when the issue was raised by a well-known gaming journalist Jason Schreier, revealing that the studio announced its employees that they would also work on Saturdays for the next few weeks.

It remains to be hoped that the undoubted successes of the company will not be paid for by excessive efforts of the employees. And we keep our fingers crossed for even more of these successes.