A few days ago, AusGamers published an extensive interview with game director Luis Barriga and artistic director John Mueller, concerning Diablo IV. The material was divided into three parts. From the first one we can learn more about the game's storyline, atmosphere and the world of Diablo IV. In the second, more technical things were discussed, such as the new engine, camera work, or the objects exchange system and PvP battles. The last one presents the specification of loot in the game. You can read about the most important and interesting information in the further part of this news.

Presentation of story and the world in Diablo IV 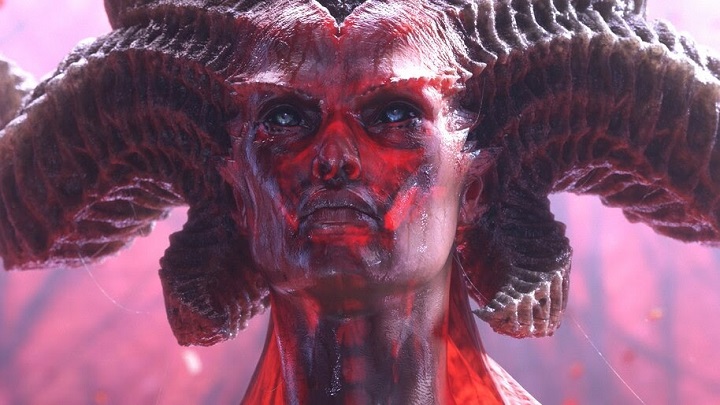 The cause of all the confusion in Diablo IV, Lilith.

We can learn from the interview that the devs plan to develop Diablo IV in the years following the game's release, most likely through various additions and feature expansions. The base version is just something akin to a "first chapter of a book", and the completion of the story presented in it does not equal the end of our adventure. What's more, the developers revealed that the standard meeting with the title Diablo does not take place at the beginning of the game. Our biggest opponent will be Mephisto's daughter Lilith. Only after her defeat will the time come for the return of old enemies or a whole new threat.

"Diablo IV is like the first chapter of a book. We want to tell a big story and we want to tell it, hopefully, for a very long time. Treating this like the first chapter of a book and Lilith as a key character in this story, it feels great knowing that there are still all these other characters that could come back in the future. Or, new characters that we havent seen before."

It is also worth noting the different approaches of the devs in presenting the plot in Diablo IV. In the new installment of the series, we will not be able to experience acts known from the previous parts. The whole world will be available to the players from the very beginning, and the game itself will be an improved version of the adventure mode from Diablo III: Reaper of Souls. This will enable developers to introduce expansions or add-ons that will allow gamers to explore new storylines.

As far as the more technical side of the game is concerned, there ara a few interesting things to see. We already know that the camera will work dynamically - for example, when fighting a boss, it will move away to show the majority of the arena (you can see it on the gameplay presenting the battle with Ashava). In addition, Diablo IV got a new graphis engine, that will allow for rendering of skin, blood, fur or hair in a more realistic way. 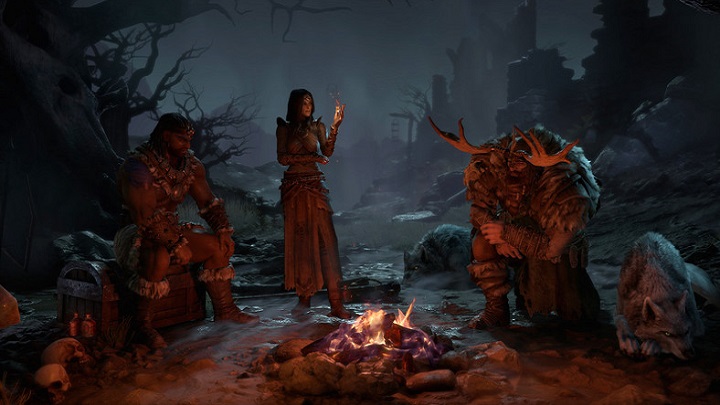 The players will be able to personalize their heroes.

This is crucial as players will be able to personalize their characters in more detail. Various hairstyles, scars, leather colors, jewelry, and many other things will be available to make us stand out from the crowd. What's more, in some cut-scenes our hero will be visible in full. However, all this will be limited so that the players will not be able to go wild with stupid creations that would stand out too much in such a dark world.

We don't want you to create someone that feels out of place in the world. That breaks that immersion and, ultimately, feels off. We always want it to feel like you're in a medieval town, which is why we have horses and not crazy high-fantasy mounts.

From the further part of the interview we can also learn that thanks to the new engine in Diablo IV we will see much better animations and environmental destruction system.

As for PvP zones, developers clearly indicate that they will not be fair. We will be able to meet two or more enemy players who will attack us. However, this will only happen in specific places, and everyone going there should be aware of the danger they are getting into.

"Rather than being super balanced arena matches, it will be more reminiscent of Diablo II open games where someone might gank you. We're not promising players that it will be a fair fight. John and I could run into you and we might murder you and being two versus one thats not fair." 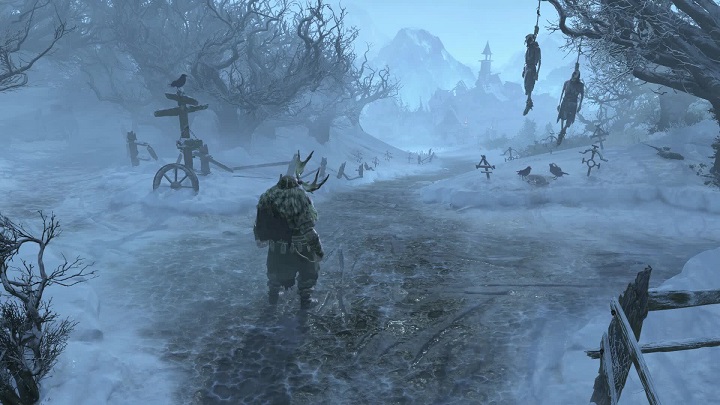 Fighting against other players doesn't have to be fair.

The information about the possibility of exchanging items with other players has also been confirmed (however, there won't be an auction house). It is worth knowing that we will not be able to give away the rarest items, and others will be assigned to a specific character after reselling. Legendary items should be powerful enough to make using them more profitable than full sets (which will also offer various bonuses). Rune words and runes will also return.

The release date of Diablo IV's is still unknown. Developers openly say that they still have a lot of work to do, but they want to present the effects to the players and listen to their opinions. Some time ago we could see thegameplays presenting the first three character classes - Sorceress, Druid and Barbarian.