The finale of The Game Awards poll is fast approaching. Next month we will know the winners of the most prestigious awards in the game industry. Among the nominated titles we will find such titles as God of War Ragnarok, A Plague Tale: Requiem, Horizon Forbidden West, Elden Ring or Stray.

Interestingly, there was a heated discussion on social media after FromSoftware's game was placed in the best narrative category. This nomination soarked considerable controversy, because - as we have seen more than once - the games of the Japanese developer do not have a tangible story.

In light of this Cory Barlog - director of God of War from 2018 and producer of God of War Ragnarok - has decided to defend all games (including Elden Ring), stating that each item has its own narrative/story. 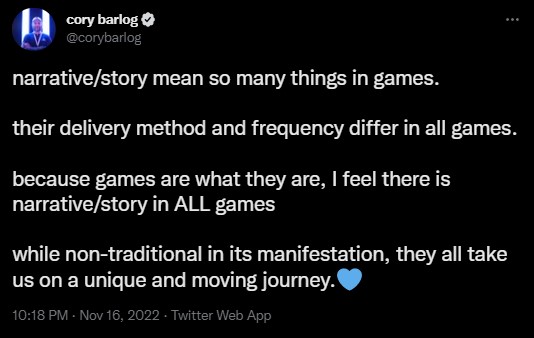 Narration in games is different than in movies

In a subsequent post creator of Ragnarok noted that we are too used to seeing the narrative as it is presented in movies, books and TV shows. This is all a sketch that games can change, as they are a relatively new formula. 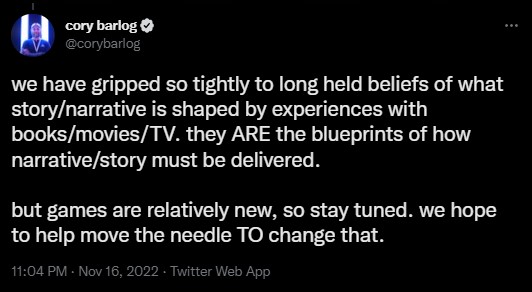 All the games deserved to be nominated for narration

In conclusion Barlog said that in his opinion it should be possible for all games to be nominated for narrative because each of them tells a story.

Recall that The Game Awards will be held on December 8.. During the ceremony we will know not only the winners in all categories, but most likely we will get a lot of information about upcoming titles.

New Path of Exile DLC Gets Release Date and Trailer