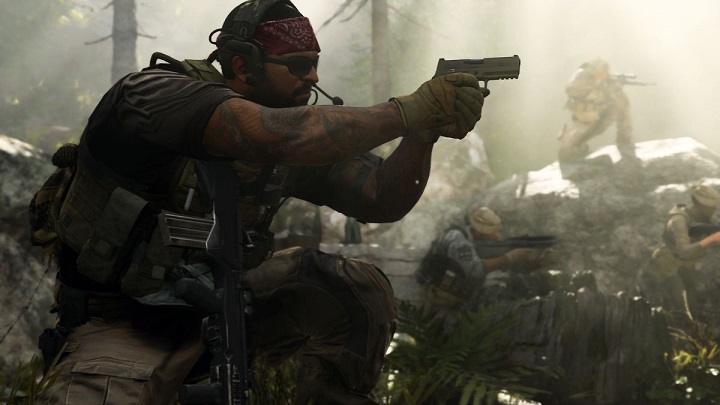 A new trailer of Call of Duty: Modern Warfare.

A new trailer of Call of Duty: Modern Warfare has just appeared on web. This short video focuses on the features and functions of the PC version of the latest CoD. Creators ensure that we will be able to play in 4K resolution and uncapped fps, and the player will have at their disposal a lot of options for graphic settings.

There will also be a mode for 64 players - Ground War - and cross-platform gameplay. The title will also offer support for several monitors at the same time, even ultra-panoramic ones. It is also worth mentioning that the game (at least for the time being) does not contain any lootboxes, but there will be seasons and battle passes.

Call of Duty: Modern Warfare will debut on October 25, this year on PC, Xbox One and PlayStation 4. The story campaign itself is supposed to provide an average of 6-7 hours, but the additional online modes will provide with much more. The official hardware requirements of the game can be found at this address.