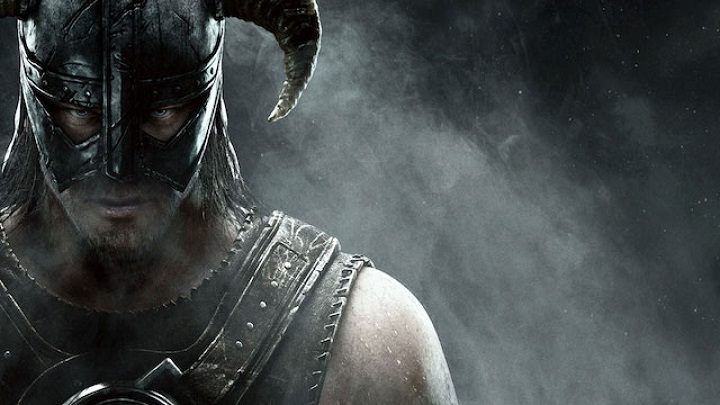 More than two years and many rumors later we still don't know much about Skyrim's successor.

What do we know about Elder Scrols VI - the next installment of the iconic RPG series that has conquered PC, consoles, mobile devices, tables and even - as some ad wants it - refrigerators? Well, if we were limited to dry facts, it would be a very short text, not even containing such information as target platforms or even an approximate release date. In such a situation, impatient fans are left with a variety (also in terms of reliability) of leaks. One of the most interesting ones this week appeared on Reddit thanks to user ToddIsMyMom. The author, for obvious reasons, refused to give his identity and place of work, but gave away some intriguing details about the sixth The Elder Scrolls. Of course, this is all unconfirmed information and should not be considered as anything other than rumors. However, fans of what-ifs have been given a lot of material to guess about the game. 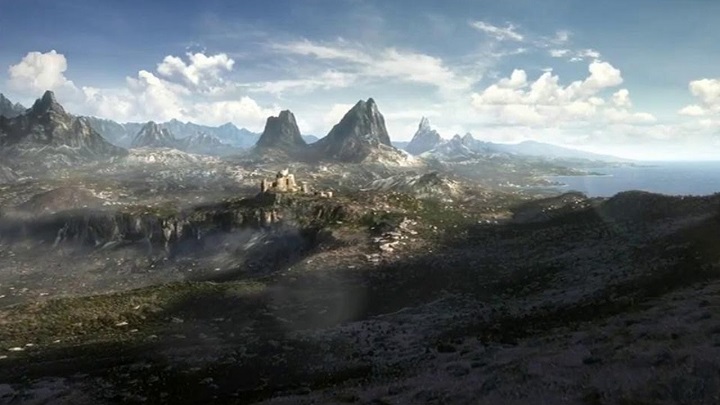 The picture above presents a significant portion of our knowledge about the new The Elder Scrolls.

Back to (un)known lands

The first teaser of TES6 did not show anything solid, but this modest presentation has already sparked speculation about the place of action. Many pointed out that the video presented either the High Rock region or the neighbouring Hammerfell. ToddIsMyMom confirmed that we will see both of these provinces in the game, but he pointed out that - surprisingly - the trailer showed a completely different location. It was Yokuda, an archipelago to the west of Tamriel, a remnant of the sunken land from which the Redguard people originated. So is the story of this catastrophe to play an important role in the plot of The Elder Scrolls VI? After all, Yokuda is located near the borders of Hammerfell, and the Redguards themselves are currently the main inhabitants of the region. Surely, if you believe the leak, the Adamant Tower, well known to fans of the second installment of the series, will play a big role. The sixth installment itself, according to earlier guesses, is to be subtitled Redfall. 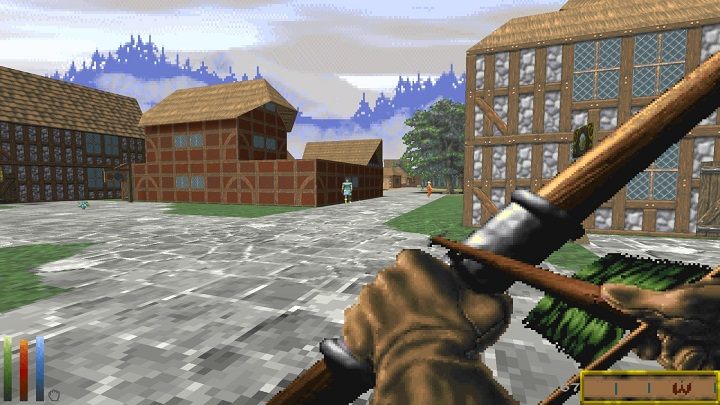 The provinces of Hammerfall and High Rock will return in a slightly changed form. On the photo: screenshot from the Daggerfall Unity mod.

For older players it would be a return to familiar regions, because we visited both provinces on the occasion of Daggerfall. But don't expect to see the same locations as you did over twenty years ago. According to the leak's author, the game world will be different from what we could see in the second installment of the series, and not only because of the age difference between the two games. In the development of the second installment, Bethesda borrowed in spades from the elements created for Dungeon and Dragons franchise, left by Mark Jones with An Elder Scrolls Legend: Battlespire from 1997. It is this title that is the main inspiration for the devs of the sixth installment, which is to distinguish itself with its unique style. Luckily, we're unlikely to see partciularly strange exceptions to the useual formula - it will still be a variation on the classic medieval fantasy. 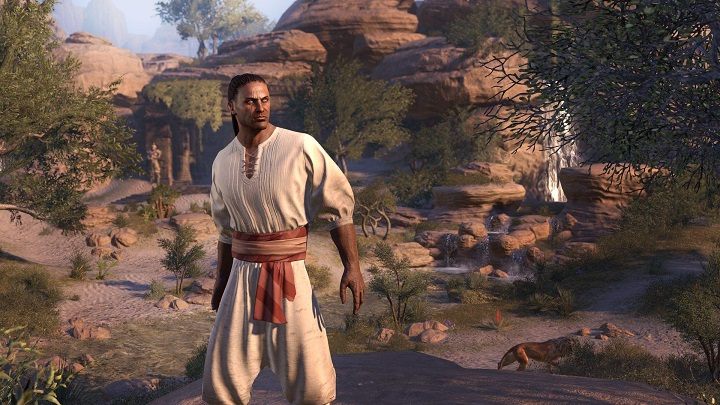 Apart from the issue of minor quests, Bethesda is not interested in procedural content generation. (Source: The Elder Scrolls Online).

You may remember that even before The Elder Scrolls VI was announced, Todd Howard stated that the company still does not have the technology needed to realize its vision (a similar statement was made just after the announcement of the game). According to ToddIsMyMom, this was related to the issue of loading screens, which the developers want to reduce to an absolute minimum. During the game we won't find them after entering cities and most locations. The only exceptions will be dungeons and moving with the use of the fast travel system, as well as... players' homes. The latter is supposed to result from the user tendency to amass a huge number of items in their safehouses, and Bethesda does not want this to have a negative impact on game performance:

"The only reason the player homes will have loading screens is because weve seen how many of you like collecting ass loads of gems, skulls, sweet rolls, cabbages, etc. and we dont want those bringing down the frames in a town or city just because you decided to be weird. Its also much easier for you to decorate your home more easily and not lose stuff because they might clip through a will or something." 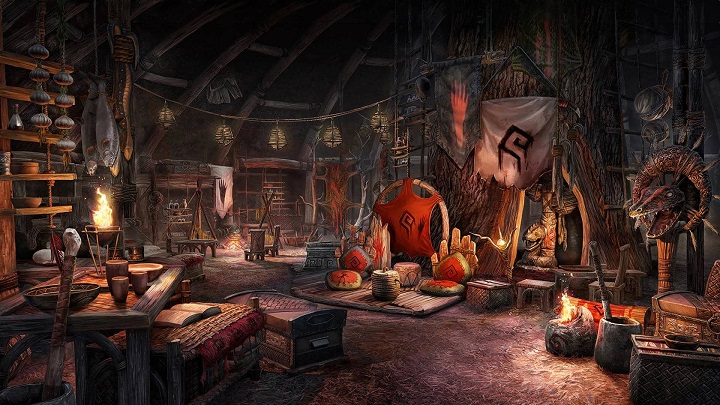 If you believe the leak, the developers are aware of the tendency of players to hoard items.

The leak also refers to rumors circulating about the random generation of content, which are essentially supposed to be false. Yes, the developers will use a system similar to Radiant AI to generate certain tasks with random objectives and locations. We've already seen a sample of this in Skyrim and, although only in a residual form, in Oblivion, but this time it's going to be much more elaborate. However, the author stresses that Todd Howard and Ashley Cheng are fans of "craftsmanship" when creating games, so procedurally generated locations are apparently out of question. Each time we will start the game in the same world, and the differences in subsequent playthrough will not affect more important quests (e.g. those related to Daedra).

Magic, magic and once again magic 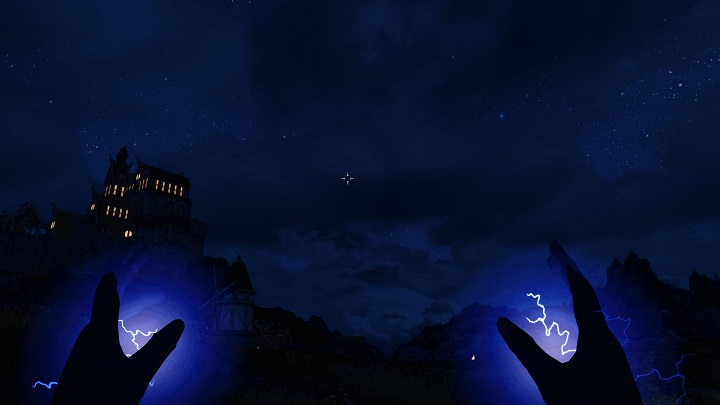 We will see a lot of new spells in the upcoming installment.

Many tasks in Highrock will be associated with spells and the devs want to improve the available repertoire of spells. They are particularly keen to strengthen those schools of magic that have been too weak or even useless in the latest installments of The Elder Scrolls. This will be particularly evident in the case of Restoration. The inspiration for the team are the wonders of the Dark Souls series, from which the use of sunlight for offensive purposes was adapted (although ToddIsMyMom didn't mention anything about throwing lightnings around). However, he noted that Restoration is not a substitute for Destruction - these spells are intended to be effective mainly against the Daedra and the undead. Other schools will also be enriched with new spells, and levitation will return to the game. By the way, developers will also strengthen alchemy, not particularly useful in Skyrim.

The leak also mentions other changes, which are to correct some of the shortcomings of the previous installment of the series. Factions in the game will be more interesting and will offer longer questlines, and Fallout 4 style crafting will give us a lot of possibilities to personalize our equipment. All this sounds beautiful, great and promising in general, but there is still one very important question: when will we see it all with our own eyes? Unfortunately, not very soon. The leak's author admits that there is no fixed release date at this point, but he expects the launch around 2025. So if you were hoping that despite Todd Howard's earlier comment on technology, there is a chance to release Redfall for the eighth generation consoles, I think it's time to say goodbye to those dreams.

All this is nothing more than another Internet leak - interesting, yes, but history has shown many times that one can absolutely never be sure about such reports. Therefore, as always, we remind to be careful with this and other leaks until we get official information. Unfortunately, the latter are still lacking (if not counting the non-commital promises) and fans of The Elder Scrolls must get by with these unconfirmed reports. The same goes for those waiting for Starfield, another still unrevealed game of Bethesda, which is mentioned in the leak. You can find more information about the leak in a separate message on our website.