We could complain about 2020 for many different reasons, but we certainly can't deny it several hot launches in the industry. These include such high-profile titles as The Last of Us: Part II and Cyberpunk 2077, or powerful hardware like PlayStation 5, Xbox Series X, as well as the new RTX 3000 Series GPUs. Especially thanks to the aforementioned technological achievements, we already have a foundation ready for the upcoming years. It should enable developers to create innovative video games. And although the next year will certainly not yet allow for utilizing the full potential of the new generation, it will still bring many exciting and diverse productions that are worth keeping an eye out for. Let's discuss the most important of them.

The list below is based on the votes cast by our editorial staff, so it is highly subjective. You will find a variety of titles on it, although we failed to accommodate all the interesting launches of the coming year. We have arranged the summary from the least (though still significantly) to the most awaited game, according to us. Be sure to share your own proposals in the comments! 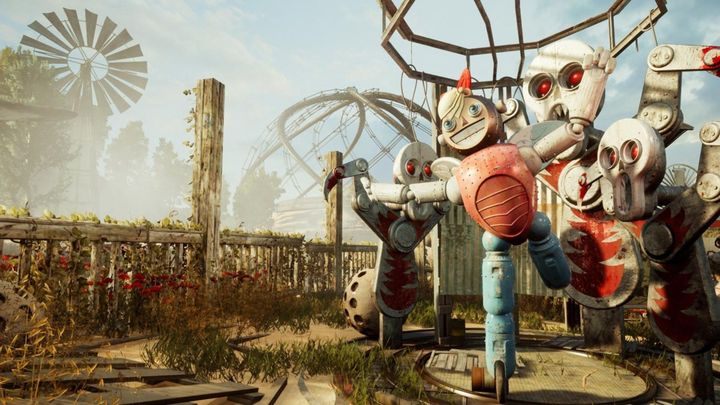 BioShock after a year on Kamchatka.

Let's move for a moment to an alternative world, namely to the very center of the dystopic, mechanized Soviet Union, where a serious incident involving robots and aimed at scientists transpires in secret labs. What's more, some strange symbiotic creatures that resemble a cross between Venom and aliens from Prey are involved in this whole mess. The player takes on the role of the person sent to investigate the situation and, at the same time, to knock out a few creatures with creative, toothed melee weapons.

Such vision of an enigmatically bloody science fiction was revealed a few years ago by Moscow-based studio Mundfish, which is just beginning its adventure on gamedev scene, but it is clear from the gameplay materials that it is learning from the best. Why? Because we can see here both the atmospheric environmental narration pulled straight from BioShock, as well as highly Soviet approach to post-apocalyptic esthetics, reminiscent of Stalker. And all these attractions and ideas packed into such an inconspicuous independent project.

But don't be fooled by the word "independent", because Atomic Heart is not your average indie game without substance, but a truly impressive first-person action game powered by Unreal Engine 4, which will not hesitate to use the power of ray tracing. So let the owners of next-gen consoles start rubbing their hands in glee, because there will be something to admire, kill and explore.