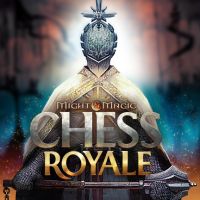 Might & Magic: Chess Royale is a large-scale auto battler strategy. The match starts with a hundred players who fight one-on-one battles with each other until the last survivor remains on the battlefield.

Epic Astro Story is an economic strategy available on Android, in which players have to colonize a foreign planet. To this end, they collect raw materials, build structures and manage their budgets. It is also necessary to maintain diplomatic relations with aliens, to defend our own territories against invasion and to send people on discovery missions.

A social economic strategy city builder game by Game Insight, utilizing a free-to-play model with microtransactions. As the owner of a failing seaside resort, you try to restore its former glory by erecting buildings, including living quarters, entertainment and service facilities, and completing various tasks. In return, you gain experience, which allows you to unlock new content and money that can be spend on developing your resort even further.

A new version of Bullfrog's classic economic game, developed in the form of a social free-to-play strategy aimed at mobile devices. In production we play the role of the head of the emerging amusement park, and our task is to attract as many customers as possible and earn cash, necessary for further development of the park.

Timelines: Assault on America is a real-time strategy. It shows us an alternative vision of the Second World War, in which the murder of Adolf Hitler led to a massive invasion of the United States, threatening them with annihilation. In addition to the single player campaign, in which our task is to repel the invasion, the game also offers a cooperative multiplayer mode.

A classic economic strategy of the type of popular city builders. The action of the game takes us to the west coast of the USA in times of the memorable gold rush. Our task is to take advantage of the economic situation and build economic power by extracting, producing and trading in various goods. During the game we have to expand the cities, populate them with workers and take care of the needs and well-being of our residents.

An economic strategy game focusing on social aspects. Truck Nation was created by Travian Games, and the Bright Future studio. The player assumes the role of The Corporation's former employee - a driver that suddenly got fired after years of hard work. Along with two acquaintances, the protagonist decides to establish his own company. At the beginning, they can afford only a decaying building and two rusty trucks. 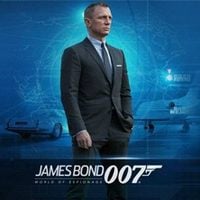