A browser game in which the player takes on the role of the sailing ship's captain and takes part in spectacular pirate clashes on the high seas. 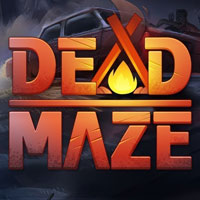 Developed by Atelier 801, Dead Maze is a top-down MMO game, in which the world was taken over by zombies. During the game, you need to cooperate with other players in order to set up camps and gather food.

An online strategy title from Kihon Games, which combines elements of a turn-based battle game with a card game. Conquest of Champions is set in a typical fantasy universe. Your task is to collect cards and create your own personalized decks, and then use those to challenge other players. In each duel you strive to eliminate the opponent’s hero and destroy their altars, while protecting yourself from being treated the same way.

Pathfinder Online is a transfer to the canvas of the MMORPG genre of one of the most famous paper RPG games, operating on the modified principles of Dungeone & Dragons 3.5. The production of this title was taken care of by a specially formed for this purpose studio Goblinworks and Paizo company, the authors of the original Pathfinder. 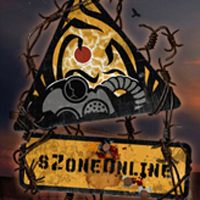 A MMORPG/shooter hybrid developed by the independent studio Cybertime Systems as an attempt to fill in the void left after the famed S.T.A.L.K.E.R. series. sZone-Online takes us to a post-apocalyptic future, where risky scientific research has caused a worldwide cataclysm. A few generations later, the planet slowly returns to life, with humanity creating special anomaly zones that isolate dangerous mutated beings along with unlucky humans that inhabit the area.

Requiem: Bloodymare is a MMORPG game created by the development team of Korean corporation Gravity. Playing as one of the six available character classes (two for each faction), players travel through the dark world of Ethergia, discovering its secrets and participating in countless battles. Due to the extremely dark style, which is a mixture of horror and dark fantasy, the game is addressed to adult audiences.

Atlantica Online is an MMO game, a combination of RPG and turn-based strategy. The way it plays is the easiest to compare to the one known from the Heroes of Might Magic series.

Spiral Knights is a free to play online arcade game produced by Three Rings Design studio. Players take on the role of cosmic knights, who find themselves on the planet Cradle inhabited by various aliens. The game combines elements of many genres, including arcade games, adventure games and action games. 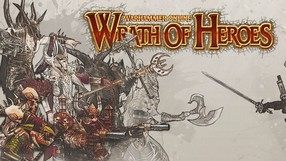 Warhammer Online: Wrath of Heroes is a free MMO game created by BioWare Mythic, the action of which is set in the popular dark fantasy universe. Players play Warhammer characters and take part in exciting spectacular battles on thematically diverse maps.

A free, browser-based MMO game that combines strategy and RPGs. We play as the ruler of the underground and expand our dungeons. In addition, we have control over one of our heroes, who can penetrate the enemy's underground. The game looks good in the browser thanks to 3D graphics.

Dragon Nest is a dynamic MMORPG created by South Korean developer studio Eyedentity Games. The story takes players to the fantastic land of Lagendia, where they create their own heroes and set off to help the goddess Alteia, poisoned by her evil sister, Vestinel. The game is distributed on a free-to-play basis with the option of micropayment for some items and facilities.

A tactical strategy game based on the Warhammer 40,000 franchise and inspired by such games as Clash of Clans. The Horus Heresy: Drop assault is a free-to-play game, which takes the player to the times of the titular Horus Heresy – a long military uprising, which resulted in the deaths of millions of people.

A MMORPG set in a fairy tale fantasy world. Unlike many other titles of this type, in devCAT studio production there is no division into classes and the player has full freedom in the creation of his own character, choosing features and skills characteristic for different races and classes. There is also a crafting system, complex quests and trade, i.e. features characteristic for this genre. 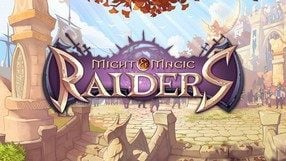