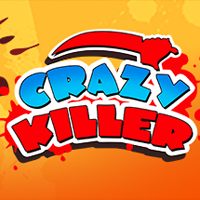 An MMO-quiz game developed by the creators of Fantasy Wars, Majesty 2 and the Warlock series. Crazy Killer is a variation on the popular party game known as Mafia. The players are assigned their roles randomly, thus one is put in the shoes of the Killer, the Sheriff or a Civilian. The main task of a Civilian is simply to survive; the Sheriff has to identify the Killer, who tries to deprive other players of their virtual lives.

A sequel to the free MMORPG MapleStory created by Korean studio Nexon. The game has been developed along with its predecessor and is set in an earlier period, which resulted in many changes to the in-game world, both regarding the rebuilt locations and the appearance of enemies. The gameplay is based on that from the previous installment — it focuses mostly on exploring the fantasy world, completing various quests, developing your character, earning new equipment, and fighting your foes.

Legacy of a Thousand Suns

Legacy of a Thousand Suns is an RPG game created by 5th Planet Games studio in reliach sci-fi. The artistic setting is the responsibility of Concept Art. House, a company creating concept graphics for such titles as World of Warcraft.

A browser-based, arcade MMO game of the survival horror genre, in which we kill hordes of deadly zombies. As a resident of Fairview, we choose a profession from a number of professions, receiving appropriate bonuses and going to the slaughter of previously infected residents. The game has three-dimensional graphics with a view from above.

On 10/03/2005 the official game servers were closed and the development of the game was completed.
Enter a new reality, where a cosmic cataclysm has changed the normal order of things, including the laws of physics, fighting for survival with other races inhabiting the Earth.

Atlantica Online is an MMO game, a combination of RPG and turn-based strategy. The way it plays is the easiest to compare to the one known from the Heroes of Might Magic series. 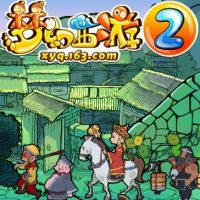 A MMORPG offering a world inspired by Chinese culture. Production offers a classic gameplay model and a free PvP system. The Chinese company NetEase is responsible for the creation and release of this title.

Rise of Immortals: Battle for Graxia

Rise of Immortals: Battle for Graxia is Petroglyph's real-time web strategy (RTS) with RPG and arcade elements. The action of the game was set in the fantastic world of Graxia. Players take control of one of the title immortals and form up to five teams that compete in MOBA (Multiplayer Online Battle Arena) matches.

Khan: The Absolute Power is another representative of the popular MMORPG genre, a program created by South Korean studio Mirinae Entertainment, specializing in this type of games on a daily basis. The authors put a lot of emphasis on their own, expanded world, as well as on advanced technological solutions.

Redmoon is a huge project of the massive online multiplayer genre, in which thousands of players will take part at the same time. The action will take place in the modern world on Earth. However, there will be no shortage of fantastic elements. 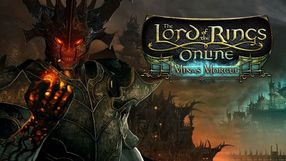 A science-fiction MMORTS game created by the independent studio Taitale Studios. Novus Aeterno is set in a huge galaxy that centuries ago was ruled by five great empires; although periods of war were mingled with periods of peace, it had a positive influence on the economy and technological development. As a result of a great catastrophe however, the old order of things collapsed - huge motherships with survivors hibernated on-board became the only remnants of the old civilization.

War of Titans is a free MMO action game developed by Bigpoint. Players take on the role of fearless gladiators fighting duels in ancient arenas. Experience and money gained during clashes with living opponents or computer artificial intelligence allow you to develop your character.

Navy Field 2: Conqueror of the Ocean

Navy Field 2: Conqueror of the Ocean is an MMO real-time strategy (RTS) with elements of an action game, continuing the popular production of Navy Field: Resurrection of the Steel Fleet. Developers from the Korean studio SD EnterNet took care of a nicer visual setting and a greater variety of World War I and World War II ships, which can be commanded by players. 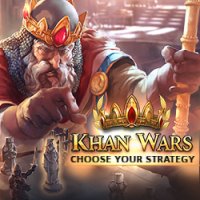 Khan Wars is a real-time browser strategy developed by Bulgarian XS Software studio. As the ruler of one of the 11 available tribes, players fight for dominance over the medieval world. The title is offered on a "free to play" basis with the option of paid facilities.

Browser MMORPG of native production. The action takes us into a fantasy world, in which a conflict takes place between six different races: People, Elves, Dwarves, Orcs, the undead and Minotaurs. Players join one of the two sides of the conflict, standing on the side of the Light Pact or Shadow League. The game consists in the realization of various feature tasks and multi-person competition in PvP mode.

A browser MMO strategy game and a sequel to the popular production from Inno Games studio. Once again we are taken to a medieval setting, with our task being to build a small village and develop it to a size of a fortified town. This requires us to secure our access to resources and recruit strong army to raid or conquer enemy’s settlements. The core of the gameplay is the idea of players banding themselves into eponymous tribes, making waging war and expanding territory much easier.