There's a good chance that before we see a full-fledged successor to the acclaimed Resident Evil Village, Capcom will grace us with a remake of RE4. Rumors on this subject have been appearing on the web for over a year now, but so far we haven't seen any official information. However, D.C. Douglas - the actor who lent his voice to the character of Albert Wesker in some instalments (e.g. in Revelations 2 and 5, but not in RE4, in which Richard Waugh played this role) allegedly shared a concept art of this character with several people, pointing out that they shouldn't share it with anyone, because he is bound by a confidentiality agreement (see screenshot below). 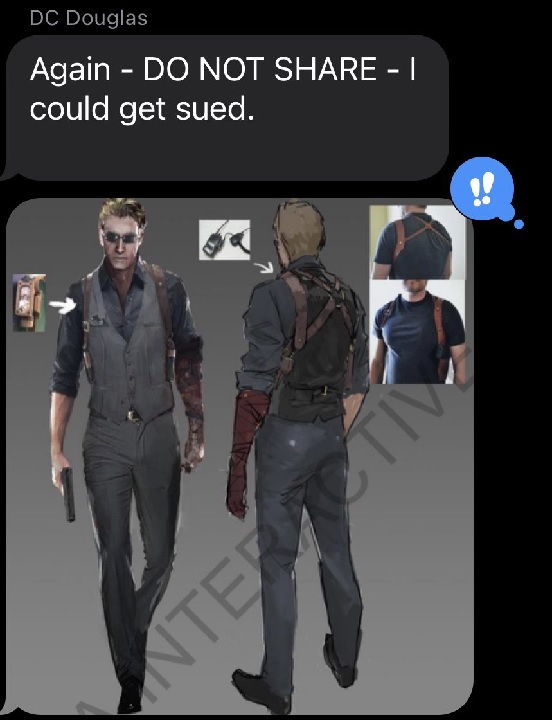 The actor allegedly posted the above screenshot on his Twitter account - @thedcdouglas - which was later deleted. Despite this, the image itself was not lost; it was shared again by a person who runs a profile on the same social network called Helping Spread Awareness (@BewareCreepyVAs). The image, however, leaves no illusions as to who originally shared it.

Leaving aside the actor's questionable action, it seems that Capcom is indeed working on a refresh of the fourth Resident - and one that's on a par with the remakes of RE 2 and 3. The first rumors on this subject appeared in April 2020. According to the information from that time, the project was to be created under the supervision of M-Two studio, led by the former head of PlatinumGames - Tatsuya Minami. This January, however, news came out that due to the vision being too faithful to the original, the development was taken over by an internal Capcom team called Division 1.

This may have slightly prolonged the development, but three months ago the Twitter account of the Japanese company posted quite a suggestive Tweet, and during the September PlayStation Showcase, fans spotted an easter egg - the logo of Los Illuminatos from Resident Evil 4. Something seems to be up, and the publisher's increasingly bold winks may suggest that we'll be hearing about the title in 2022. Until then, however, we should approach all news about it with caution.

10 km of Highway Built in Minecraft Across 5 Years

Refreshed RTX 2060 Could be More Powerful Than Expected

Battlefield 2042 Was to Have Much Better Environmental Destruction