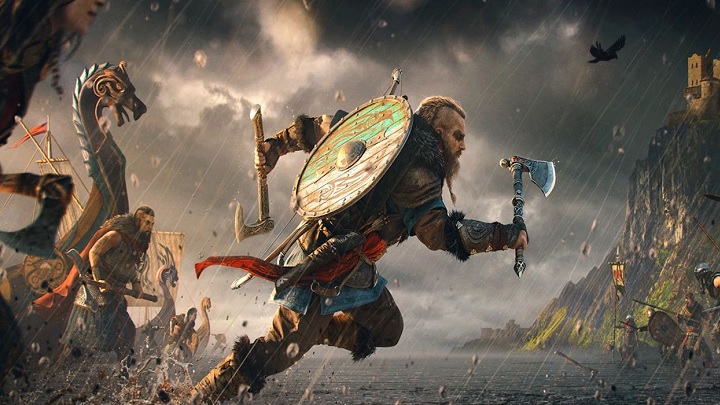 The devs give contradictory (?) information about the size of the game.

Ubisoft does not hide various information about the recently announced Assassin's Creed: Valhalla. For example, at the beginning of May we learned from Twitter that this will not be the biggest installment of the series, which was supposed to be a result of listening to the players' criticism. However, the sudden deletion of the entry may have caused some thought, especially since, as it turns out, this statement contradicts the words of another Ubisoft employee. Julien Laferriere (main producer of Ubisoft Montreal's game) said that AC: Valhalla is, if anything, a bit bigger than Assassin's Creed Odyssey. The game world is supposed to cover the whole of England, Norway and a handful of "secret" places. Funnily enough, the devs's statement comes from an interview from April conducted by French journalist Julien Chieze (via Reddit).

On the surface, both reports seem contradictory. One could argue, that Julien Chieze referred to the size of the map, while Malek Teffaha meant artificial overloading with content, which was not to the liking of Odyssey's players. Finally, the head of Ubisoft's communications department in the Middle East referred to this criticism of overstretching the game in a deleted entry. Even if that was not the case, the choice between the main producer of the game and an unrelated representative of the company and his team seems obvious. However, we will only be certain of that when more information is disclosed and the title is released. Assassin's Creed: Valhalla is scheduled to launch later, this year on PCs and Xbox One, PlayStation 4, Xbox Series X and PlayStation 5.