This year's BlizzCon, due to restrictions imposed by the Coronavirus pandemic, will be a strictly online event and will debut under a new name - BlizzConline. Blizzard has just released the full schedule for the upcoming event. As we mentioned in earlier news, the event will be start on February 19 at 2:00 PM PT. The event will be broadcast on Blizzard's main Twitch channel and on channels dedicated to particular games of the American studio. In total, the broadcast will take place on six channels. We can expect a lot of interesting information about World of Warcraft, Hearthstone, Diablo, Overwatch and Blizzard's strategy games.

Particularly noteworthy may be the opening ceremony, during which we should learn about the latest plans of the studio. Fans are certainly expecting an approximate release date of Diablo IV. It is also possible that the team will announce some previously undisclosed games. It's possible that during the opening of this year's BlizzCon Blizzard will announce a remaster of Diablo II.

The second day of BlizzCon will be marked by thematic broadcasts, which will begin at at noon PT.World of Warcraft fans will be interested in a meeting, which will inaugurate a panel dedicated to the game. We'll learn about the latest plans for Blizzard's MMORPG. Later, the devs will share some secrets about WoW. We will also have a chance to watch a meeting with the actors that provided voice acting in the game. There will also be a panel where the devs will answer questions from the community. 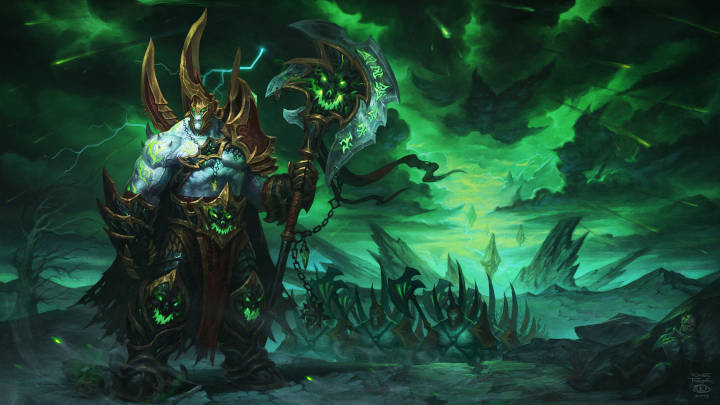 During BlizzCon we'll get to know Blizzard's latest plans for World of Warcraft. Source: worldofwarcraft.com

The broadcast devoted to Diablo promises to be rich. Apart from a possible announcement of refreshed version of the second installment, we can expect information on new content for Diablo III. There will also be a meeting with the devs, who will answer some questions bothering the fans. As in the case of WoW, the devs will also share some secrets connected with the game. You can also expect a broadcast, during which the creation of a sketch of one of the Diablo IV bosses will be shown live. 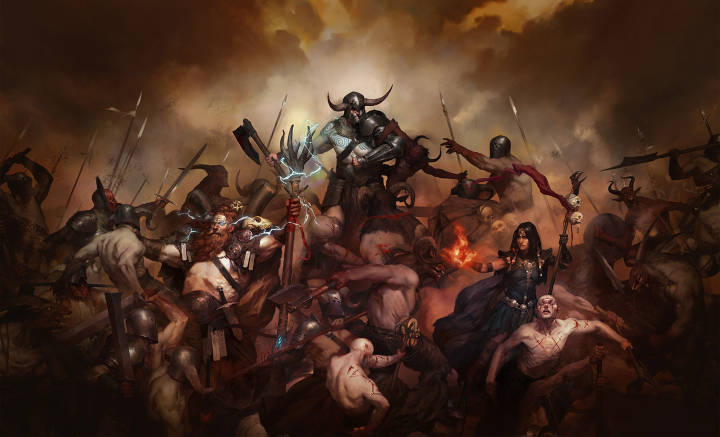 Fans of the Diablo series are waiting for the release date of the fourth installment to be revealed. Source: creativeuncut.com.

The broadcast on the Overwatch channel promises to be interesting as well. It will begin with a presentation of behind the scenes of second installment's development process. Then, there will be a meeting with the voice actors and an interview with the composers of music for Blizzard's online shooter. The evening will also feature a tournament in which Overwatch League champions will face off.

Hearthstone players can also count on interesting attractions. During the first meeting, one of the devs - Brian Kibler - will present Blizzard's latest plans for the game. A little later, a demonstration tournament will be held with the participation of streamers, focusing on the well-known "Set-up" mode. As in the case of WoW and Diablo, there will also be a Q&A session with the game's devs.

The strategic games channel will host the best players from the e-sports scene of StarCraft and StarCraft II. There will be a team tournament, the winners of which will receive the title of grandmaster of the game. Retro fans, on the other hand, will be interested in a panel that will reveal the behind-the-scenes of the development of classic Blizzard games.

On the second day, during the evening session, the works of the community will be presented. We can expect interesting artwork, performances, cosplays, as well as written stories.

The event will end on the third day, in which we will learn, among other things, recipes for dishes inspired by Azeroth, we will watch a duel of Hearthstone streamers and see live how the artwork for Blizzard games is developed.

We've only covered the highlights of this year's BlizzCon. For more details, check out the full schedule. Certainly fans of Warcraft III may feel disappointed. As we know, the refreshed installment of Blizzard's iconic RTS was disappointing. Many hoped that a plan would be presented during BlizzCon that would include adding missing features to the game. Unfortunately, this year's BlizzCon will lack events dedicated to the title.

Last year the event was completely canceled. The event in 2019, in turn, was accompanied by considerable controversy, related to protests in Hong Kong. In 2018, the event received a cold reception from fans due to the announcement of the mobile Diablo Immortal. Let's hope, this time it will do without similar problems. This year's BlizzCon will be an opportunity to improve the image of the American developer.