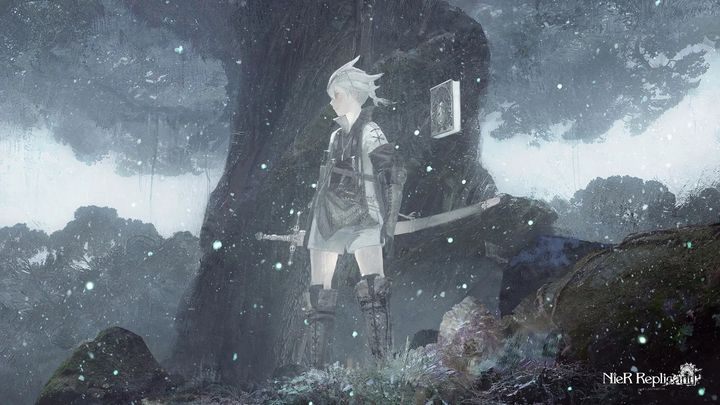 I wonder if we will battle the credits this time too...

Wondering what is the point of putting so many numbers in the title of a game? Well, you are clearly not familiar with the NieR series, where such excesses are the norm. This unique RPG series was for some time only appreciated by niche, strongly dedicated circles, but this trend was reversed by 2017's Automata. It was thanks to it that the brand reached the masses and in addition to PlayStation 4 it appeared on PCs and Xbox One, and, what else to say here, people fell in love with its originality.

So it was a matter of time before the next NieR was announced, and so we got the announcement of Replicant ver.1.224... and so on. However, the perceptive among you will notice that this is not a complete novelty, but a remake of game from 2010. And that's great, because it will enable new players to get acquainted with the previous output of Square Enix, and also the old veterans will not feel disappointed. NieR Replicant Remaster will not only be a significant overhauld graphics and mechanics, but a slightly alternative version of the events from the original, in which we will get to know the characters and storylines not included previously.

So let's get ready for another mix of dynamic hack'n'slash combat with a series of side activities very often using neat narrative tricks (such as breaking the fourth wall or averting essential RPG clichés). And for those who want even more thrill, we remind - in 2021, apart from Replicant's remake, we will see NieR Re[in]carnation, which is a note worth spin-off. There's one "but", though. It will appear only on mobile devices.